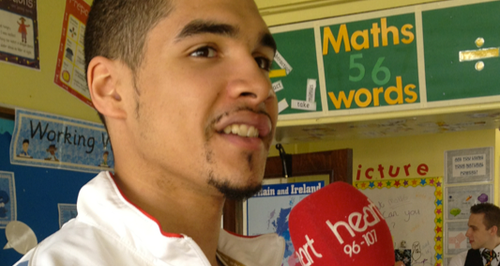 Peterborough's Triple Olympic medallist Louis Smith has put his retirement plans on hold, and declared his intention to represent England at the Commonwealth Games in Glasgow later this year.

The 24-year-old has not competed in a major competition since leading Great Britain to an historic team bronze medal at London 2012 and also winning an individual silver in the pommel horse.

Smith, who previously trained at Huntingdon Gymnastics Club, subsequently admitted he believed his gymnastics career had come to an end.

But after a period of inactivity including commentating on last year's World Championships in Antwerp, Smith said he now feels ready to return to the sport.

Smith said: "I always said that everything that I was working on was geared towards 2012 and when I achieved what I did at the London Olympics, within myself I believed that I had taken part in my last ever competition in the sport. 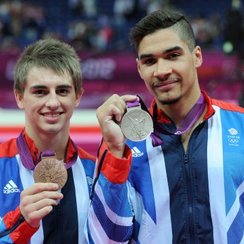 However recently my feelings have started to change.

I loved commentating at the World Championships in October, however there was a large part of me that felt I should be competing.

I know what I'm still capable of when I'm in peak condition.

I believe I can very much compete amongst the best in the world and challenge for medals.''

Smith won a gold medal in the pommel horse at the 2006 Commonwealth Games in Melbourne as well as winning team bronze with England.

The Great Britain team have continued to flourish in his absence, with Max Whitlock taking a silver medal in Smith's favoured pommel horse discipline in Antwerp, and Kristian Thomas winning bronze in the vault.

And Smith acknowledged that qualification for the England team to go to Glasgow at the end of July will be far from certain.

Smith added: "Qualifying for Team England will be no easy feat. 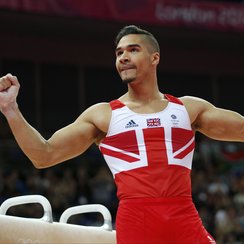 People may assume that my achievements to date will mean a place in the team however that couldn't be further from the case.

The strength in depth in this country is at a level that it's never been before with a large number of hugely talented gymnasts all competing for places.

I will have to earn my place on the team which is not going to be easy and even if I achieve the necessary standards, it will still come down to the selectors.

If I don't make the team, then I can be proud that I have been a part of the success that has driven on these young gymnasts to reach higher standards and take the sport forward and I'll look forward to following and supporting them all at the Games.

In any case, I look forward to getting back in the gym and keeping my gymnastic fitness at a level that I have become used to over the years.

As far as I am concerned, should I qualify, this will be my last hurrah.

The 2012 Olympics were everything to me and I believe that without the successes that I had there, my life could have taken a very different path over the last year and a half.

So I can go to the Commonwealth Games knowing that whatever happens, I will have achieved everything I ever dreamt of in gymnastics''.