£26,000 worth of jewellery has been stolen from a shop in Peterborough.

The break-in lasted just three minutes and offenders took gold and diamond rings, bracelets and bangles from the jewellers in Bridge Street.

It happened at 5am on Tuesday 10 September.

Police have now released the images of two men they want to trace in connection with the investigation. 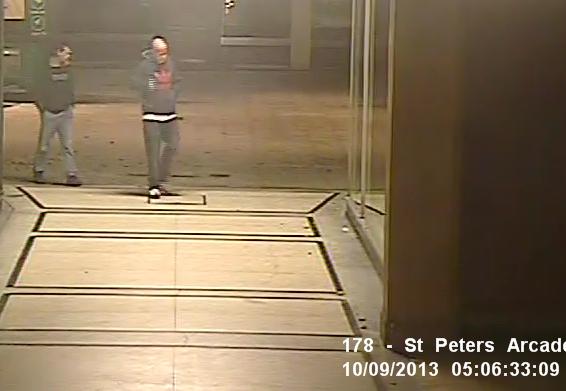 Detective Constable Neil Hawkridge, investigating, said: "This was a well planned and carried out burglary and we are keen to catch those responsible.

"The offenders got away with jewellery worth a huge amount of money. Such criminality affects us all because it drives up prices for other shoppers.

"I would urge anyone who recognises the people on CCTV, or who has recently been offered jewellery for sale, to call police."

Anyone with any information should call DC Hawkridge on 101 or Crimestoppers, anonymously, on 0800 555111.