Police have released CCTV images of people they would like to trace in connection with a robbery at an off licence in Peterborough.

Five men wearing balaclavas and carrying what has been described as a knife and brick, entered the store in St Paul's Road at about 10pm on Wednesday, August 28.

They threatened two members of staff before demanding money and alcohol. One of the offenders threw a brick in the store.

Detective Constable Sarah Morley, investigating told Heart: "This was a terrifying incident for the staff members and I am committed to bringing those involved in this crime to justice.

I would urge anyone with information to come forward." 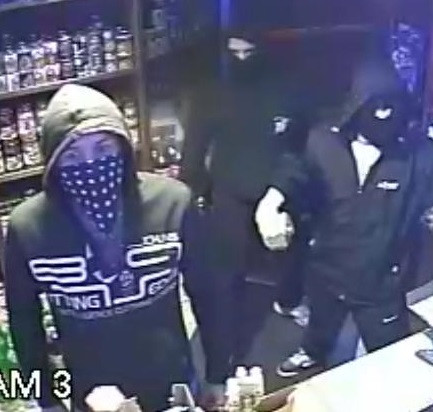