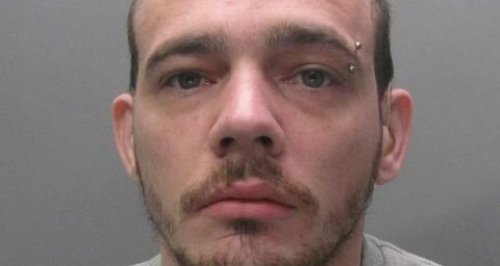 A man who filmed himself sexually abusing young boys in his Peterborough flat has been jailed after he posted an image on Facebook.

Steven Goodwin, 31, abused boys at his home in Werrington, during 2012 and the start of this year.

He took pictures and filmed the abuse, some of which he distributed to other paedophiles online.

Police were alerted to the abuse when he uploaded a Level 4 (one of the most extreme) picture onto his own Facebook page on January 29.

Officers carried out a warrant at his home a few days later and seized his phone and computer.

Videos and photographs were discovered on the devices and officers managed to identify the victims.

He pleaded guilty to all charges and was sentenced to a total of 10 years and four months at Peterborough Crown Court yesterday (Monday).

He was also made subject of a Sexual Offences Prevention Order.

Detective Constable Nicky Boxall said: "This is a shocking case where the offender has groomed children by presenting himself as a mentor and friend, utilising his home as a place where these children could stay over, play video games and drink alcohol.

He gained their trust, made them feel safe then took advantage of the situation and abused them in his flat – taking pictures of them, sometimes while they were unaware and asleep.

This has deeply affected the victims and their families and we are pleased he has now been brought to justice and is no longer free to hurt others."

Director of Children's Services for Peterborough City Council, Sue Westcott said: "We have worked closely with the police and other agencies to support victims and their families during this investigation.

NSPCC lead on tackling sexual abuse, Jon Brown said: "The NSPCC believes sentences for offences against children should be appropriate to the crimes committed and should reflect the harm and long-term impact on children and young people.

The young victims in this case were manipulated and subjected to horrific abuse by a man they trusted. We know that grooming and sexual exploitation devastates young people's lives and that as a result of Steven Goodwin's actions, these young people will need significant ongoing therapeutic support to help them to recover from their ordeal."

Any adult who may be worried about someone's behaviour towards a child and are unsure whether to contact the police, can contact the NSPCC for advice on 0808 800 5000, text 88858, or email help@nspcc.org.uk.

If any child or young person is affected by this story and needs to talk to someone, ChildLine is available 24 hours a day on 0800 1111 or via their website.