Five people have been arrested during raids in Peterborough and Spalding, as part of an investigation into a £6 million cigarette smuggling fraud.

Five men were arrested on suspicion of being involved in excise fraud, primarily the illegal importation of Jing Ling cigarettes.

£13,000 was also confiscated from two properties in Peterborough. 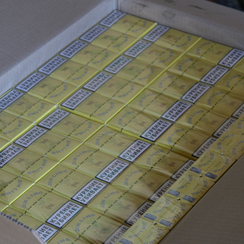 We cannot provide any further information as the investigation is continuing.

Our activity today sends out a clear message to those involved in this type of criminality.

Attempts to import, distribute and sell tobacco goods on which UK duty has not been paid are treated extremely seriously by HMRC, and we will relentlessly pursue any individuals or crime gangs believed to be involved."