Peterborough: Posh Are Off To Wembley 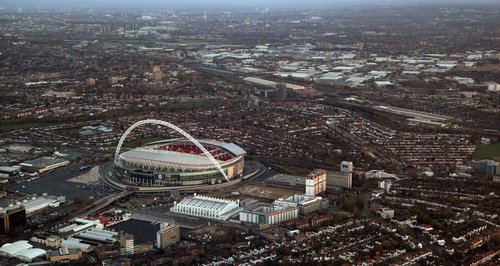 Peterborough United have beaten Swindon, to reach the Wembley final of the Johnstone's Paint Trophy.

Posh made fans sit through a nail-biting penalty shootout away at Swindon last night, after drawing 1-1 in the second leg of their area final.

Posh had drawn the first match at London Road 2-2 earlier this month.

The result means that Peterborough United will play either Chesterfield or Fleetwood Town at Wembley in the final of the competition on Sunday 30th March.

It will be Posh's first appearance at Wembley since the Division Three play-off final in 2000.

The club have announced that ticket details for the big game will be announced on Wednesday.

After scoring the winning penalty, midfielder Rowe told the Posh website: "It was a big moment obviously because I knew the enormity of the spot-kick, but I knew where I was going to put it and was obviously delighted to see the ball hit the back of the net. 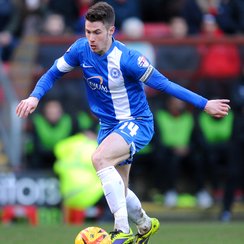 It was a great feeling and to celebrate with the rest of the squad in front of the fans was a special moment.

I think over the two legs, we just about shaded it and the lads are very much looking forward to playing at Wembley Stadium.

I am sure that can spur us on in the league as well. We wanted to do well in this competition and the manager definitely got it across just how much it would mean to play at Wembley."

Posh defender Mark Little told theposh.com: "'There are hundreds of Premier League footballers and Championship footballers that have never played at Wembley Stadium and this competition gave you the opportunity of walking out at the national football arena and it is fantastic that the lads have that chance.

It will be a very special occasion and one we are already looking forward to.

We wanted to do well in this competition, we set out to get to the final at the start and it is great that we have made it.

However, we are not just going there for a day out because trust me, it is a horrible memory if you do not come away with the trophy.

It is five weeks or so away from now and we have a lot of league games to play and maybe this success can spur us on in the league.

We certainly don't do things the easy way.

We were 1-0 down and the gaffer was not happy at half-time and rightly so.

I thought we were a lot better after the break and the lads showed a lot of bottle in the shoot-out to hold their nerve."