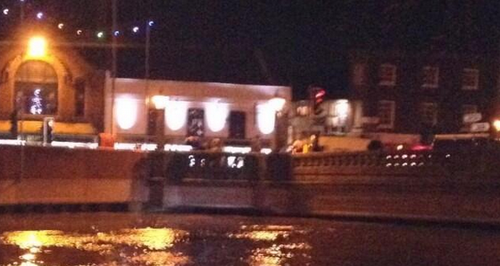 An Environment Agency Flood Warning remains in place for Wisbech and Sutton Bridge, as the east coast continues to face a tidal surge.

This morning, flood warnings were in place for Wisbech and Sutton Bridge, as the area was braced for another high tide at around 8am.

Water levels were not expected to rise as high as last night though.

High tide on the River Nene in Wisbech was at around 7:30pm last night.

Cows had to be rescued at Wingland, near Sutton Bridge by a Farmer, as they were up to their knees in water.

Five horses were also rescued after becoming trapped by deep flood water in stables, near Cromwell Road on the A47.

The Environment Agency expected the tidal surge to have 'minimal impact' on the Fenland town. 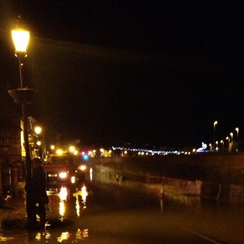 The town's flood gates were closed, and sand bags were used to block gullies and manhole covers.

However there were reports of water lapping over flood defences, and coming dangerously close to homes and businesses. 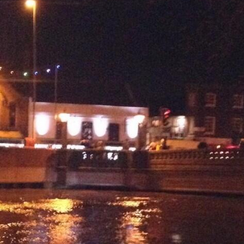 Pictures posted on Twitter also indicate extremely high water levels on the River Nene, almost touching the base of the town centre bridge.

A spokesperson for the Environment Agency added: "We are expecting a tidal surge late on Thursday 5th December, through Friday and into Saturday morning. 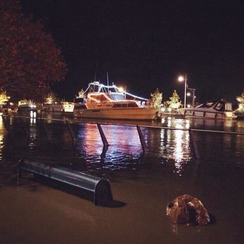 This will lead to unusually high tide levels along the Wash and Tidal Estuaries.

We expect this to result in significant wave splash and overtopping of the sea defences which could result in property flooding near the defences and in wider low lying areas.

Coastal paths and promenades could be highly dangerous as there is an increased risk of being swept out to sea.

People are warned to stay away from the shoreline. 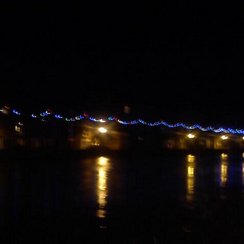 The Environment Agency is monitoring the situation closely, working alongside partners including the Met Office and local authorities.

Environment Agency officers are on the ground confirming the flood defences are in good working order, monitoring sea levels and wind directions."

UK Power Networks tell us overnight (Thursday 5th-Friday 6th December) there were around 200 homes in Cambridgeshire without power. We are expecting an update on this number soon.

Elsewhere, the area around Holbeach and Long Sutton was also the subject of a lower level Flood Alert.

Nearby Spalding was also braced for high water.

Only a slight overspill.

Environment Agency officers informing us that the tide is now turning.

Officers are still out working with agencies to help flooded areas.

The tide is expected to return around 8am.

Further afield, a Severe Flood Warning was also issued by the Environment Agency for the Tidal Welland between Fulney and Fosdyke Bridge.