A 19 year old man has been remanded in custody after appearing in court charged with murdering a two year old girl in Yaxley.

The toddler was taken to hospital in Peterborough last Thursday morning, where she died from serious injuries around two hours later.

Dean Harris, from Scott Drive in Yaxley, appeared before Cambridge Crown Court yesterday, charged with the murder of Amina Agboola. 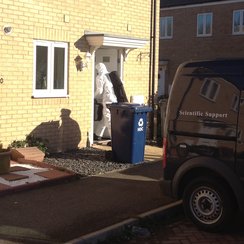 Mr Harris has now been remanded into custody, and is due to appear again in court to enter a plea in February next year.

A 28 year-old woman, believed to the be girl's mother, and who was also arrested on Thursday, has been released on bail until next month. 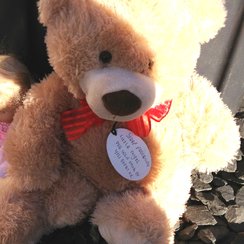 It is understood the couple took the girl to hospital on Thursday themselves.

A note on the bear reads: "Sleep peacefully little angel.

We will think of you often xx."