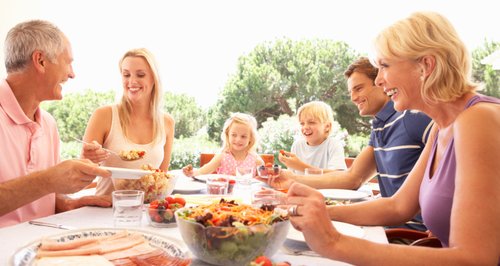 If current trends continue, the Government has been warned that two thirds of all children under 16 years will be overweight or obese by 2050, and the annual cost to the UK and the NHS would be £50 billion.

But a trial in Devon schools is hoping to stop that from happening by bringing actors into the classroom.

So far, 32 schools are taking part in a trial of HeLP.

Half receive the programme, while the other half follows the usual curriculum, but are assessed and act as controls to help scientists understand whether the programme effectively improves children's lifestyles.

The children choose the character with whom they most closely identify, and work with them to act out scenarios in which the characters make changes to the food and drink they choose.

Sessions specifically focus on snacks, meals, fizzy drinks and how much activity and screen time they engage in.

The programme, which runs over three terms, involves special assemblies, activity workshops, and sessions such as food tasting, in which children sample healthy snacks such as dried fruits and seeds, often trying something new for the first time.

The overall ethos of the programme is that four fifths of the choices should be healthy, with one fifth for treats. A key element is involving parents, who come into the school to see their children perform in the drama sessions.

The Healthy Lifestyles Programme (HeLP) is being run by specialists from theUniversity of Exeter Medical School and Plymouth University Peninsula Schools of Medicine and Dentistry, supported by the National Institute for Health Research Collaboration for Leadership in Applied Health Research and Care South West Peninsula (NIHR PenCLAHRC).

It is funded by a £1.35 million grant from the NIHR Public Health Research (PHR) Programme.

We'll find out the official results in 2016.