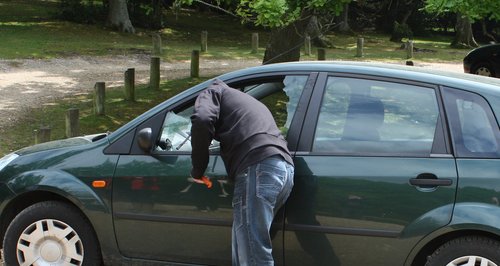 Police are investigating a spate of vehicle crime in Plymouth in the run up to New Year.

Six vehicles were broken into, mostly overnight on Monday 29 December, across the northern part of the city.

Offenders forced the door lock of a blue Volkswagen Combi van in Penrith Close, Estover, overnight on 29 December before stealing a DVD player, cash, designer sunglasses and tools worth a total of £1,200.

In Grizedale Road, Eggbuckland, the door of a grey Volkswagen Transporter van was jemmied on the same night.

The £450 stereo was forced from the dashboard and stolen along with a £150 sat nav system. Legal papers and documents were taken from a blue Vauxhall Vectra in Galsworthy Close, Manadon, also overnight on 29 December.

Police are also investigating after two vehicles were targeted in Waring Road, Southway.

A headlight, bumper and front number plate were taken from a Ford Fiesta overnight on 29 December.

Around £200 worth of power tools were stolen from a white Citroen van when the driver?s door lock was forced some time between 5pm on 27 December and 7am on 30 December.

Thieves also got inside a white LDV van in Honicknowle Green around 1pm on 30 December and stole a Samsung mobile phone.

Detectives are investigating whether the crimes are linked and are urging anyone who saw anything suspicious to contact them on 101, quoting crime reference EL/13/5528.