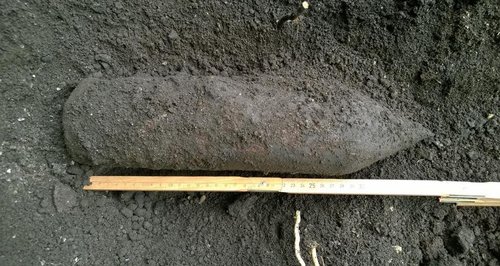 Army bomb disposal experts have carried out a controlled explosion of a Second World War device which was found buried in a garden in Frome.

Globally-recognised contractor BACTEC started their search of a garden in Milk Street at 8am on Wednesday 6th August and by 1pm they were able to confirm the presence of an explosive device.

The military were called to positively identify and remove the device and took it to a remote rural area under police escort where a controlled explosion took place.

Roads were closed and around 100 households were asked to evacuate their homes while the investigation, dig and removal took place.

The cordon was removed at around 3.30pm and all roads have now reopened with residents free to return to their homes.

“Today has shown all the planning was worthwhile. There was an explosive device buried in Milk Street which has safely been removed and disposed of in a safe environment. Great teamwork from all services. Thank you to all agencies involved and thank you to the local people for all their amazing support and patience.” 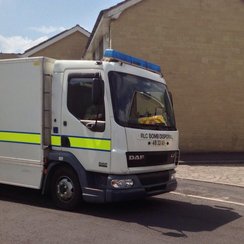