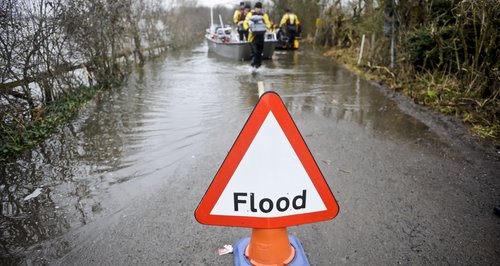 Somerset County Council has announced that people whose homes are flooded or cut off because of the floods will not have to pay the County Council part of their council tax until they are back in their homes.

“We recognise that local people affected by the flooding are struggling and under tremendous strain. We want to remove one of their financial worries by suspending their council tax charge while they are stranded or unable to live in their home.

There are some people who are being asked to pay council tax both on their home that they have had to leave under traumatic circumstances, and also where they are now in emergency accommodation. That can’t be right and we are reacting quickly to reassure people.

We are in talks with our District Council colleagues to see if they are able to follow our lead and also suspend their part of Council Tax for flood victims.”