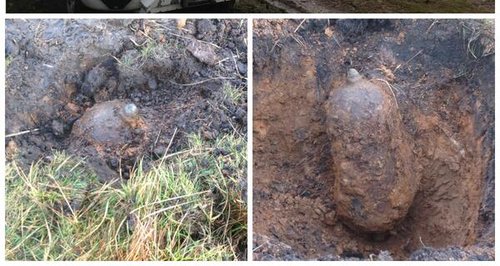 Police officers on Exmoor have been busy dealing with a WW2 bomb which was found on Exmoor at the weekend.

On Sunday afternoon police were informed that unexploded ordnance had been found near Larksborough Ruin, around two miles from Porlock.

When they arrived yesterday they uncovered more of the device and found it was a 100lb German Aerial Bomb. It had been dropped during World War 2 and had not exploded when it hit the soft marshland in the area.

Instead, it had stayed there undisturbed until the recent rain and erosion of a footpath uncovered enough of the device for a hill walker to notice it. 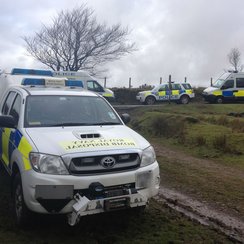 The bomb was destroyed by the EOD during a controlled explosion at the scene.