Hinkley: UN Has "Profound Suspicion" Of Government Over Nuclear Plans 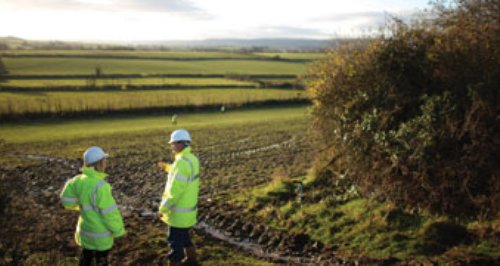 The United Nations has accused the UK Government of suspicious actions over plans to develop its first nuclear power station in a generation in Somerset.

Environmental inspectors have warned there are concerns about a lack of talks with neighbouring countries, including Ireland, over potential risks posed by the Hinkley Point C plant.

The £16 billion nuclear facility could supply 5% of the UK's energy needs and would be 150 miles from the Irish coast if built.

A special UN environmental committee has written to the Government warning that it failed to notify countries which could potentially be affected by fallout or pollution from Hinkley, regardless of how unlikely an accident is.

"The committee found that there was a profound suspicion of non-compliance,'' the UN states.

Vesna Kolar Planinsic, chair of the implementation committee on the Convention on Environmental Impact Assessment in a Transboundary Context, said UK representatives will be called before a hearing in December to explain their actions. The committee said concerns have been raised over Hinkley by the Netherlands, Belgium, Spain and Norway.

It found that, bar "informal exchanges'' with the Irish Government and contacts with Austria following an official approach, Britain did not inform other neighbouring states of its plans.

The UN said some countries maintained they could not exclude the significant adverse environmental impact of the proposed activity on their territory. Under UN and European rules, neighbouring countries must be contacted unless such risks can be ruled out.

Britain plans to have the first nuclear reactor at the Hinkley Point C site churning out power in 2023.

The Somerset plant is part of a multi billion-pound plan to replace ageing, inefficient and polluting power stations in Britain over the coming decades and ensure security of energy supply. It is backed by billions in subsidies over 35 years from the British taxpayer to guarantee power prices from the plant and investors include France's EDF and Areva, and Chinese state-owned CGN and CNNC.

The European Commission is investigating whether support for nuclear complies with state aid rules.

Ireland's national trust An Taisce lost a judicial review in the UK courts last year over the Hinkley plan and is planning to seek an appeal next week.

The UN letter to the UK's Department for Communities and Local Government is expected to lend weight to the argument for a hearing in the Court of Appeal.

Glastonbury Town Council has written to over 400 Town and Parish Councils in Somerset, urging them to oppose the new nuclear power station.

The letter raises concerns over nuclear waste storage, nuclear accidents, and the impact of construction traffic on the county. It says that since the council agreed to write to other councils, the record flooding and storm surges in West Somerset have only deepened those concerns. And it ends, "We believe that statements of concern and opposition by local representative bodies such as yours could play a part in determining Somerset's future for the good".

A recent meeting with EDF has done nothing to allay the towns fears, according to Councillor Jon Cousins (St Edmunds Ward):

"Basically, EDF pulled out of a public meeting and sent David Eccles to our council meeting instead to tell us that Hinkley C would be good for jobs. He could tell us nothing about the nuclear emergency plan for Glastonbury - except that we shouldn't eat or drink anything - and assured us without a blink that EDF were prepared to store spent fuel at Hinkley Point for thousands of years. I was shocked to discover that the spent fuel building will not be as heavily protected as the reactor building, making it an obvious target for a malicious attack - and it will still be vulnerable to attack or natural disaster long after EDF have packed up their profits and gone".

The letter from Glastonbury Town to other councils says that Hinkley C would be "the most expensive nuclear power station on the planet" but that the final investment decision has still to be made, as the governments deal with EDF is now under review by the competition commission.

"It's not too late for Somerset people and councils to raise a voice and stop this project before the construction traffic has started rolling," said Councillor Denise Michell (St Benedict's Ward). "Glastonbury is a town which is ill-prepared for the impact of that traffic, But despite a very reasonable appeal from Councillor Ian Tucker, Mr Eccles said that ultimately it would be up to contractors which roads they used, and EDF could not be expected to give us any assurances."

"It seems that all the big issues with this project are some one else's responsibility, and EDF's only responsibility is making the money. With the public subsidy agreed by the government, Hinkley C profits are apparently set to be well over Â£50 billion. That puts the so called "benefits to the community" into perspective. Somerset could end up shouldering the liabilities of this project for generations, and Glastonbury council are not at all happy about that," she said.