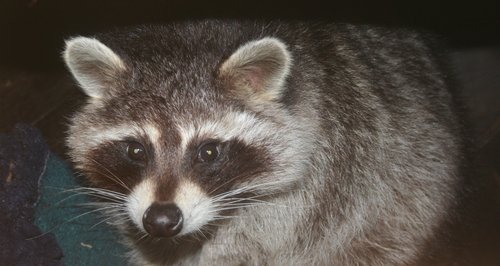 Missy, an 18 month old raccoon, has managed to escape from a small zoo in Somerset - thanks to recent flooding.

The ground at her enclosure at Tropiquaria in Washford had become so soft it allowed Missy to dig her way out.

Chris Moiser, zoological director at Tropiquaria says "The sad thing is that we have had raccoons in that enclosure for two years with no trouble whatsoever"

"It is only with the recent flooding that the ground has softened sufficiently for her to dig out. We have had a number of problems with the recent flooding and have had to evacuate some animals from outside enclosures, but we really thought that the raccoons were safe. Missy will not have any problems in surviving in the English climate but it does worry us that she is out.''

Chris is asking people not to approach Missy. "If you see her, could you please contact me on 07751 363 198 and we will be out for her straightaway. Do not try and handle her as she may bite - just observe her from a distance. If she does enter an outbuilding, if possible do lock her in."