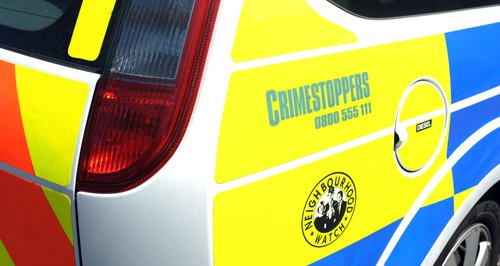 Avon and Somerset Police are appealing for information to trace two men, one of whom sexually assaulted two women as they walked through Glovers Walk in Yeovil on late Saturday afternoon, March 15.

The women, one with a baby in a pushchair, were heading towards the bus station at 5.50pm when two men ran up behind them. One of them then touched the women inappropriately on the buttocks, and then made off.

The women saw them again at the end of the bus station and by the rear of Wetherspoons in Central Road.

The main offender is described as black, aged 19-21, of slim build, 5ft 8ins tall and gaunt-looking. He had short dark hair in an Afro style, was wearing a black tracksuit and spoke with a London accent.

The man with him was also black, about 20 years old, of medium build and 5ft 10ins tall. He was wearing a dark hooded top with the hood up, and had one gold front tooth.

Anyone who saw the incident or has any information is asked to call Yeovil police on 101, quoting crime reference number 26455/14.