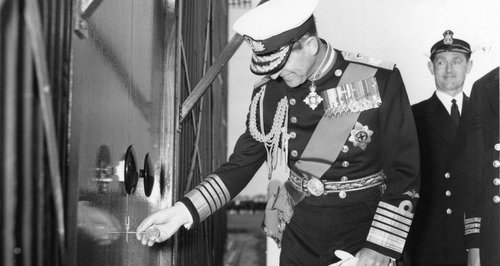 It’s 50 years since the Fleet Air Arm Museum in Yeovilton first opened its doors to the general public.

The Museum was formally opened on May 28th 1964 by HRH the Duke of Edinburgh, on the occasion of the 50th anniversary of the formation of the Royal Naval Air Service, the predecessor of the Fleet Air Arm.

Over the ensuing years, the Museum has expanded to become the largest Naval Aviation Museum in Europe and the second largest worldwide.

As part of the Museum’s 50th birthday celebrations all staff and previous employees are invited to reunite at a celebratory gathering which will take place on Wednesday 28th May commencing 3pm.

In 1964 when the Museum was first opened, its single hangar contained eight aircraft. Four years later there were ten and by 1973, there were 18.

Today, the Fleet Air Arm Museum is one of the Museums which comprise the National Museum of the Royal Navy. It houses over ninety aircraft, 2 million documents, 800,000 photographs and 30,000 artefacts and is one of the leading tourist attractions in the South West, welcoming over 100,000 visitors every year from around the world and attracting the highest approval ratings from Visit England.

The Museum has seen many milestone events during the last half century, from visits from the Royal Family, Prime Ministers and politicians to the flying-in of Britain’s first Concorde and the opening of the award winning Aircraft Carrier Experience which replicates life on board HMS Ark Royal. The Museum’s aircraft conservation work has been recognised around the world as leading the way in conservation techniques.

If you worked at the Fleet Air Arm Museum and would like to attend, please contact Sue Wilson 01935 842624 suew@fleetairarm.com.

“We’d love to see as many past employees as possible but I’d like to know they are coming before they arrive or there might not be enough cake to go around!”