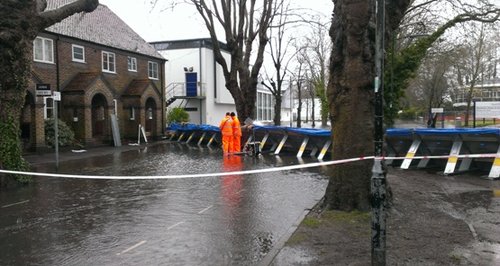 Hampshire County Council Leader Roy Perry will welcome Government Minister Greg Barker to Winchester and Hambledon today to show him the damage and long term impact left by the wettest winter for 250 years.

Greg Barker is one of a team of Ministerial special flood envoys established to report back to the Prime Minister on the winter floods.

Councillor Perry will make the Minister aware of the huge multi-agency response and recovery efforts made in the worst affected areas. He will also discuss Hampshire County Council's commitment to repair the damage to the County's Highways and bids for Government Funding to invest in mitigation measures to reduce the impact of flooding in future.

Many areas of Hampshire were affected by this winter's flooding. The heavy rainfall resulted in high groundwater levels flooding properties, overwhelming sewers in Basingstoke, Hambledon, parts of East Hampshire and Test Valley, with river flooding threatening properties in Winchester and Romsey and affecting parts of Fordingbridge, Ringwood and other parts of the New Forest. There was also a violent coastal storm and tidal surge which affected the Hampshire Coast, prompting precautionary action at Lymington and other coastal communities, and the emergency evacuation of a sea front resturaunt at Milford on Sea.

Over 300 homes were flooded in Hampshire and around 100 households evacuated.  Extra staff were brought in to ensure the majority of the highway network was safe and open.  Over 1,000 fallen trees were cleared and around 70,000 sandbags were deployed on the roads and river banks alone.  Innovative engineering measures solutions were implemented to keep roads open in places such as Litchfield, near Crawley, and at Andover Road north, a busy commuter route for Winchester, where a temporary road was built above flood waters in just 72 hours using 160 tonnes of crushed concrete.

Greg Barker, who is Minister in the Department for Energy and Climate Change, will be shown the banks of the River Itchen where water overtopped to flood parts of Winchester, including St Bede's Primary School. A multi-agency response led by the Environment Agency with Winchester City Council, Hampshire County Council and Hampshire Fire and Rescue Service protected properties in the city through pioneering engineering work to partly dam the River Itchen above Winchester to reduce and slow  river flows and by flooding open land, saving properties in the City. The Minister will also visit Hambledon, one of the first areas in Hampshire affected.  He will be meeting members of the Hambledon Flood Action Group, which has been highlighted as a first-class example of community resilience.

The longer term costs to repair damaged roads and to build mitigation measures against the effects of future flooding in Hampshire have been estimated at around £63million. The cost of the emergency response including sandbags, tree clearing and clean up adds up to a further £5million. 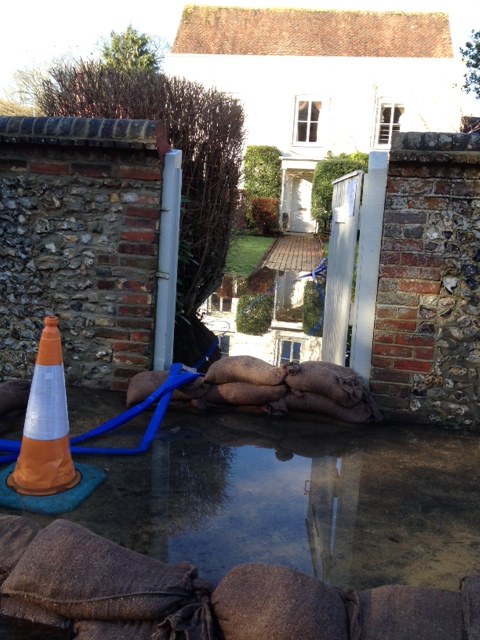 "I very much welcome this opportunity to further discuss our flooding response and recovery work with the Prime Minister's special flood envoy.  It will be a good opportunity to share what we've learnt from this winter, and what needs to be done next. While we continue to clear up and repair the damage done, we'll be pressing the case for funding and resources for Hampshire to ensure we and our partners like the Environment Agency and District Councils can keep people, property and highways as safe as we can.

"We've already submitted 33 bids for funding for individual flood mitigation schemes. Government has given us £11.5m for road repairs as a helpful first step and we'll bidding further, given the estimated £25m needed. We'll be making clear our commitment to investing in Hampshire by continuing to fund an enhanced maintenance programme to improve the resilience of our 5,000 miles of road, and putting local capital funding forward to support grant bids for flood defence work ."