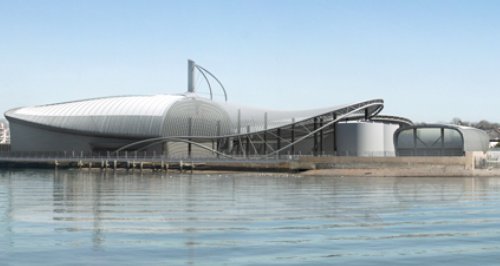 Southern Water’s plans to redevelop its Woolston Wastewater Treatment Works have been approved, in principle, by Southampton City Council.

The planning decision was delegated to the Planning and Development Manager by the Planning and Rights of Way panel on January 14, 2014, following an officer  recommendation to approve the scheme.

“We know the majority of residents support this scheme so we’re delighted our plans have been approved, in principle.

“We will work with Southampton City Council to produce the required documentation to ensure we can finalise the construction programme and start on site as soon as possible, working to the requirements set down by the Council.

“The end result will be a modern treatment works to serve Woolston long into the future. I’d like to thank all customers who gave us feedback on our plans. We will keep everyone updated on progress.”

The scheme will happen in phases. The first phase, due to start in the spring, will be to build a temporary works to treat wastewater before elements of the existing site are demolished. This will take about 12 months.

Once the temporary works is complete, construction of the new treatment plant will start – this is estimated to be in late 2014 .

Southern Water says it will continue to liaise closely with customers before and during construction and plans to hold regular drop-in sessions with the project team.

The proposed scheme aims to:
•    Significantly reduce smells coming from the works
•    Ensure the treated wastewater leaving the site meets new environmental standards set by the Environment Agency
•    Completely redesign the works so it fits in with the redevelopment of the area