Sir Ben Ainslie has been presented with the Freedom of Lymington.

It's the highest honour the town can give out, and the 36-year-old became the first person ever to receive it on Thursday 24th October.

Sir Ben was met by the Mayor and presented with a special scroll. 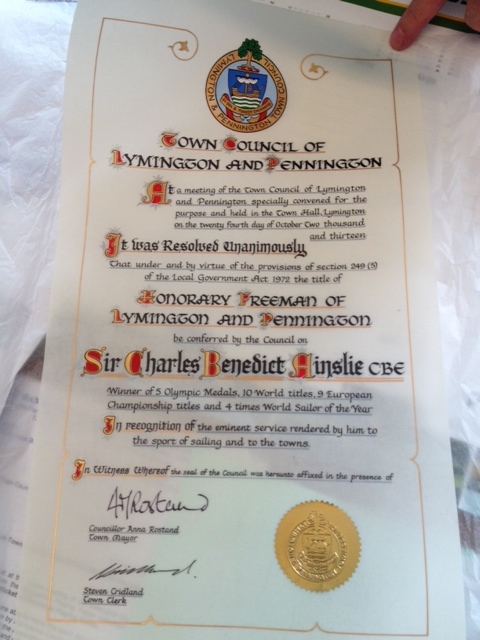 The Freedom of the town is a civic honour which doesn't actually give him any special rights, but is to recognise his achievements in sailing and contribution to the town. 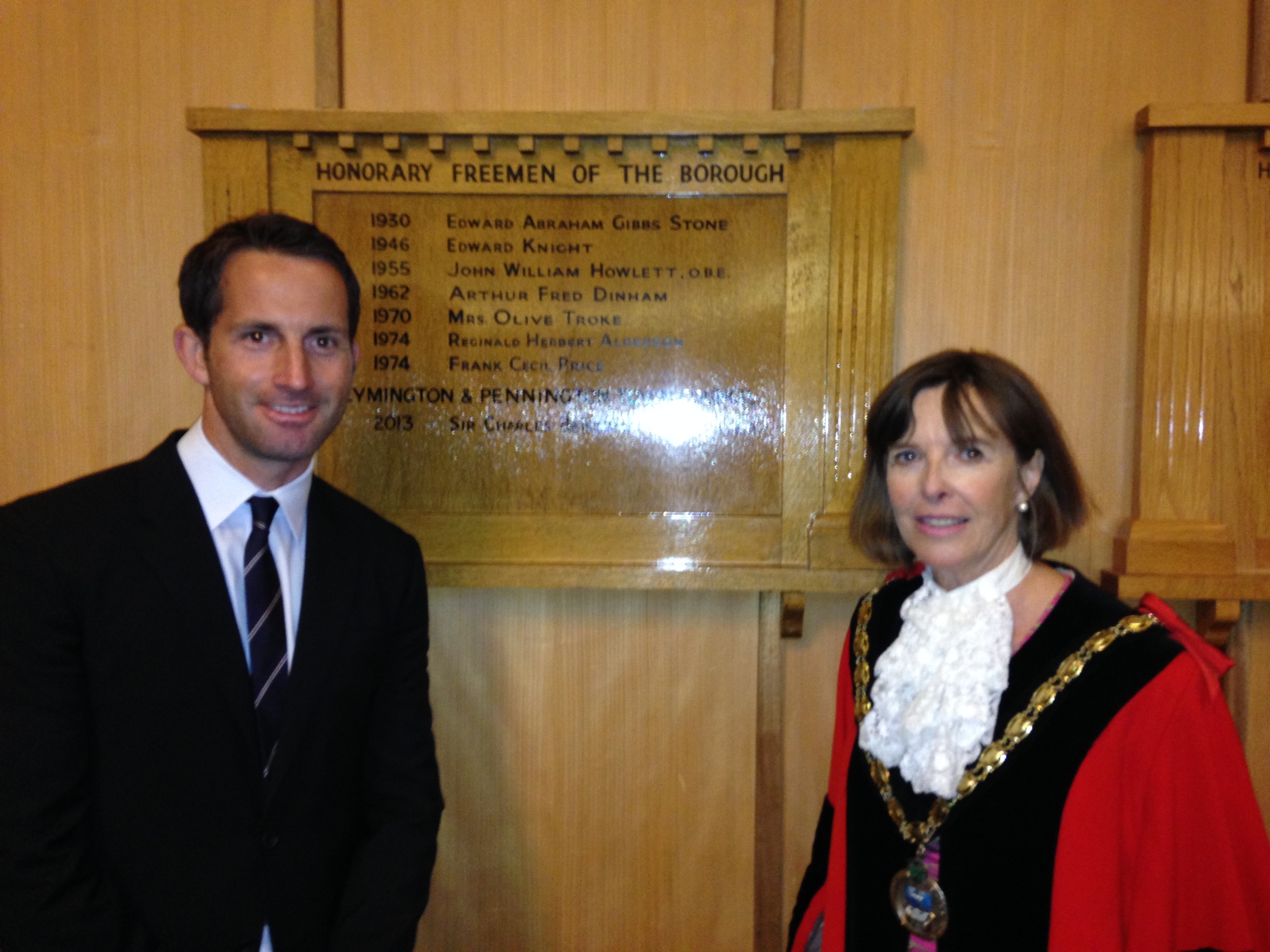 Ainslie was born on 5 February 1977 in Macclesfield, Cheshire and grew up in Cornwall, before moving to Lymington. He went to school at Peter Symonds College in Winchester.

After the Games, he was honoured with a gold post box in Lymington and in January 2013 Ben was knighted by Princess Anne at Buckingham Palace. 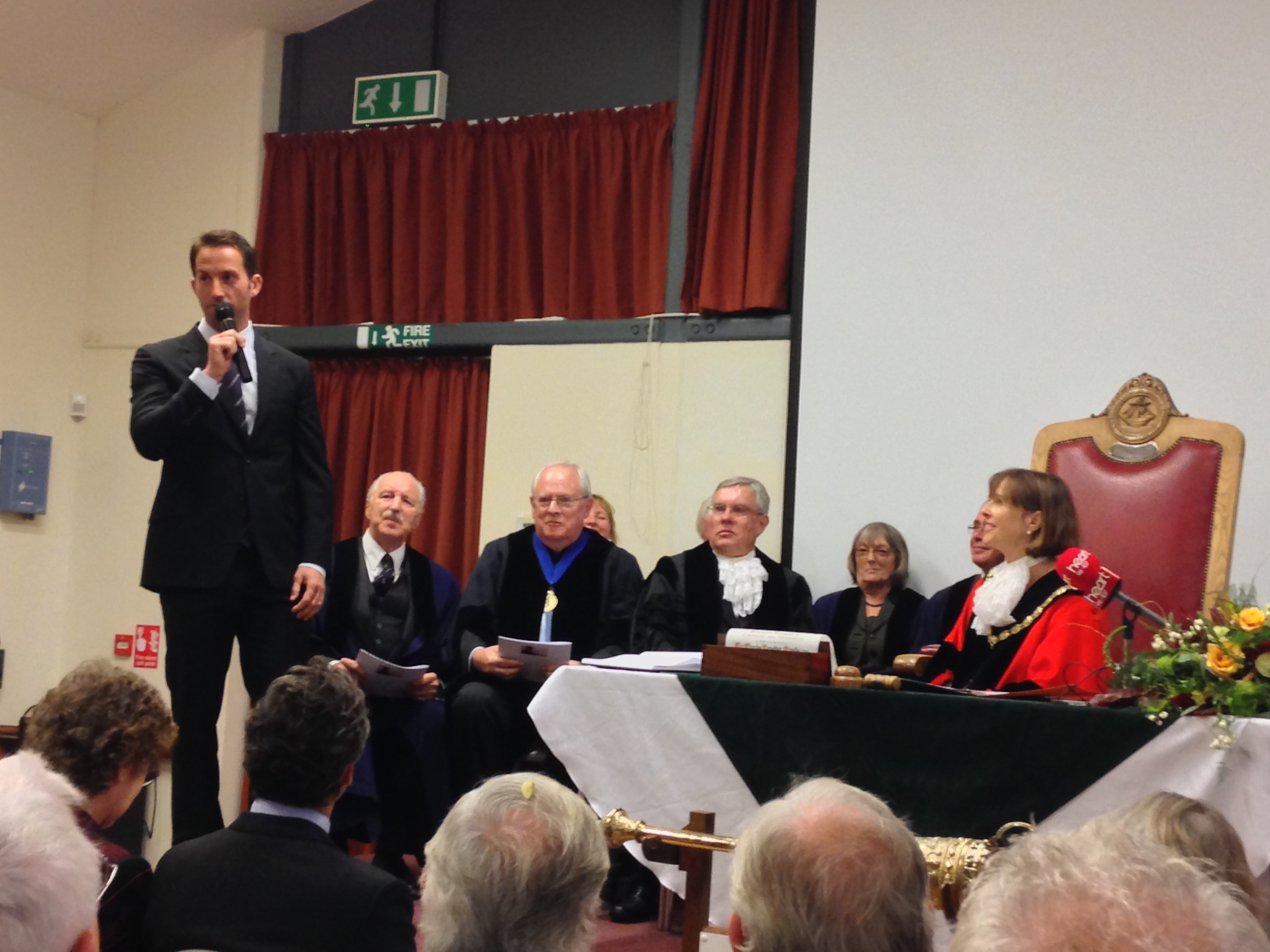