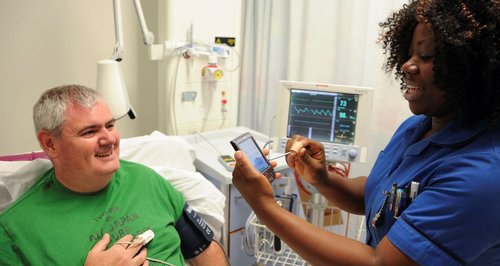 Death rates at the Queen Alexandra (QA) Hospital in Portsmouth fell by more than 15% after nurses started using handheld computers instead of paper charts to record patients' vital signs, according to new research.

The drop in mortality represented almost 400 lives saved in a single year, the paper in BMJ Quality & Safety found.

If so, the nurse is warned to increase the frequency of their monitoring of the patient and, in some cases, to alert a doctor or a rapid response team.

The introduction of the new system was followed by a fall of almost 400 deaths among patients in one year at the QA, and a drop of more than 370 in the same period at University Hospital, Coventry, according to the research.

An accompanying editorial in the journal described the research as ``an important milestone'' in improving patient safety and said the lowering of mortality at these two hospitals ``represents a truly dramatic improvement''.

The system was developed by doctors and nurses at Portsmouth working together with health improvement company The Learning Clinic.

Dr Paul Schmidt, of Portsmouth Hospitals NHS Trust, one of the leaders of the project, said:

``Observing patients and making accurate records provides a safety net to guard against their deterioration. We believed traditional paper charts were not doing the job well enough so we designed an electronic system to support staff. This study shows its introduction was followed by a significant drop in deaths.'' 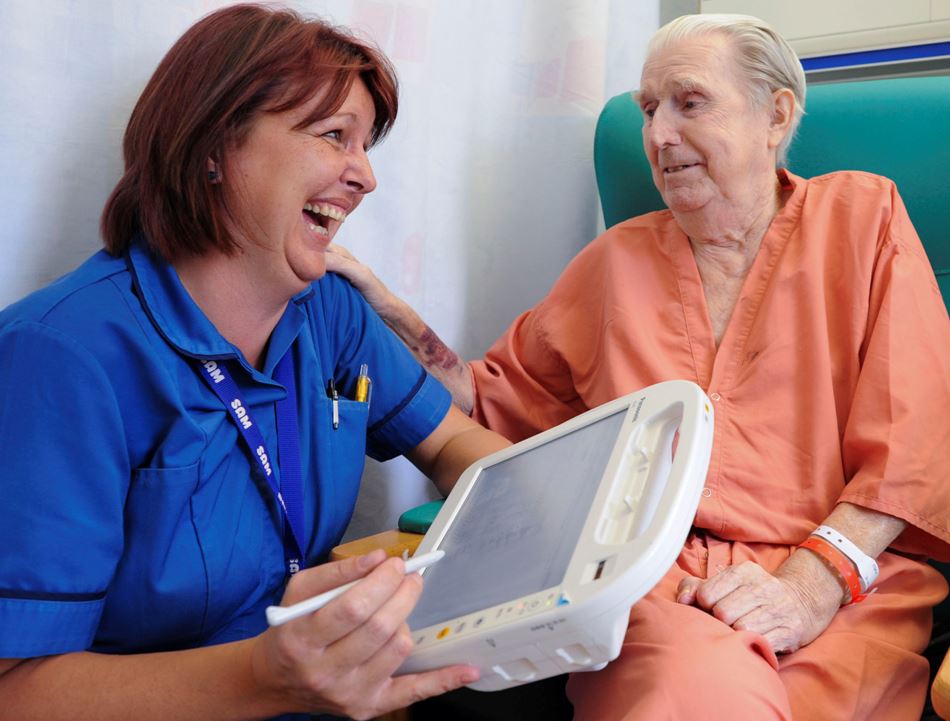 The VitalPAC software uses the information entered by the nurse to calculate a patient's Early Warning Score, which provides an indication of the severity of the patient's condition.

A high EWS triggers an alert. But calculating the EWS requires time and accuracy, and too often busy nurses using paper and pen make a mistake.

By speeding up the process, the VitalPAC system gives nurses more time for other tasks.

Information recorded on the handheld devices is automatically uploaded to a hospital-wide system allowing nurses, doctors and managers to monitor the health of patients across all wards. Staff on ward rounds have instant access to information from any device connected to the hospital network.

VitalPAC was introduced in Portsmouth in 2005 and in Coventry two years' later. Researchers compared the actual number of deaths in each hospital following deployment of the system with estimates based on the number dying in the year before roll-out.

In 2010, 397 fewer patients than expected died at Portsmouth. At Coventry, the figure was 372 patients.

``This is a great example of a collaboration between front-line clinicians, engineers and software designers to create a system which brings clear benefits to patients and staff.

``The BMJ Quality and Safety paper confirms, based on studying results at two large hospitals, that introducing VitalPAC was followed by dramatic falls in mortality.''