Four Sentenced Over Violent Brawl On Train In Southampton

Four men who pleaded guilty to affray following an incident of violent disorder on a train at Southampton Central station, have been sentenced.

The men were sentenced at Southampton Crown Court:

At an earlier hearing, the court heard how shortly after 11pm on Monday, 12 May, the men's rowdy and abusive behaviour came to the attention of a guard on board the Romsey shuttle service as it waited at Southampton Central station.

The court was told that while the guard left the train to seek assistance, the men began fighting among themselves.

Concerned someone might get hurt, a man travelling on the train approached the group. He was confronted by Mellor and, fearing for his safety, attempted to restrain him.

Punches were thrown and the group then left the train but, the court was told, the violence escalated with Hine brandishing an empty bottle on the platform.

The rest of the group got back on the train, while Hine threatened them from outside.

Several members of staff intervened to try and calm the situation, and were injured in the fracas.

British Transport Police and officers from Hampshire Constabulary arrived, arresting Leigh, Sherred-Ball and Mellor on the train. Hine was arrested shortly afterwards as he had run onto the track. 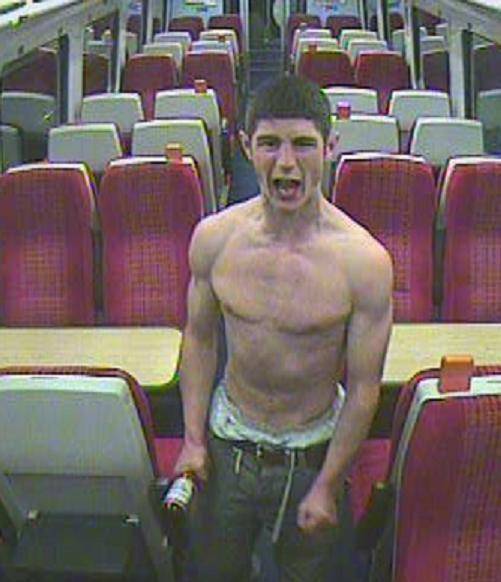 Speaking after the men were sentenced, Detective Constable Phil James said: "The level of violence during this incident was appalling.

"Several members of staff were threatened, and one had his nose broken during the affray.

"A member of the public who attempted to calm the situation was also injured, and other passengers on the train were left feeling threatened and scared by the situation

"We will not accept any form of violence on the rail network, and I would like to pay tribute to the members of rail staff who bravely tried to intervene in the incident, as well as the police officers who worked so hard to bring the offenders to justice."