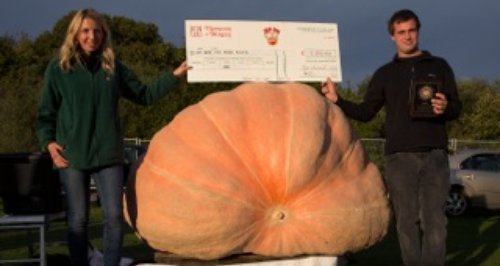 Two brothers from Lymington have lost their UK record for the biggest pumpkin to a farmer from Dorset.

New Forest Twins Stuart and Ian Paton were hoping to keep hold of their title for growing the UK's heaviest pumpkin. They cultivated a monster pumpkin (pictured, with Stuart's wife) which weighs 1,345 lb (610 kg) - about the same as a small car.

But it was only enough for second place.

He already holds the record for world's heaviest marrow.

The annual pumpkin competition was held at Royal Victoria Country Park in Netley near Southampton on Saturday 12 October. Special  It also raises thousands of pounds for the Jubilee Sailing Trust.

The runner-up is pictured below: 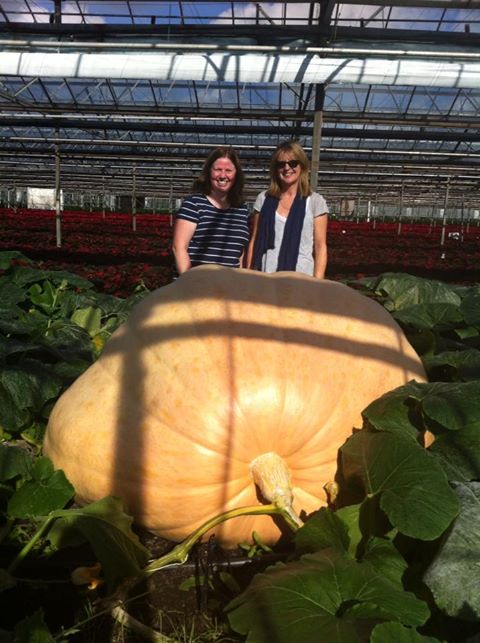