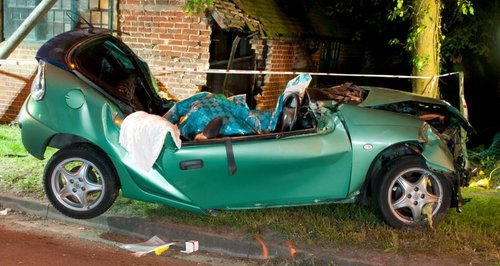 The mother of a 16-year-old girl killed in a crash caused by her "reckless, risk-taking, thrill-seeking'' boyfriend, who was drunk and high on drugs at the time of the crash, has condemned him as a "murderer'' as he was jailed for eight years.

Young was charged following the collision which happened when the Vauxhall Tigra he was driving came off the road and struck a building, part of Staunton Country Park premises, at 10.42pm on Saturday May 25.

The court heard that Young - who had taken ketamine and mephedrone, and drunk half a three-litre bottle of strong cider - had taken his parent's car to pick up Payton up from a party.

He then grabbed her and pulled her into the car after threatening to pull her by the hair if she refused, the court heard. 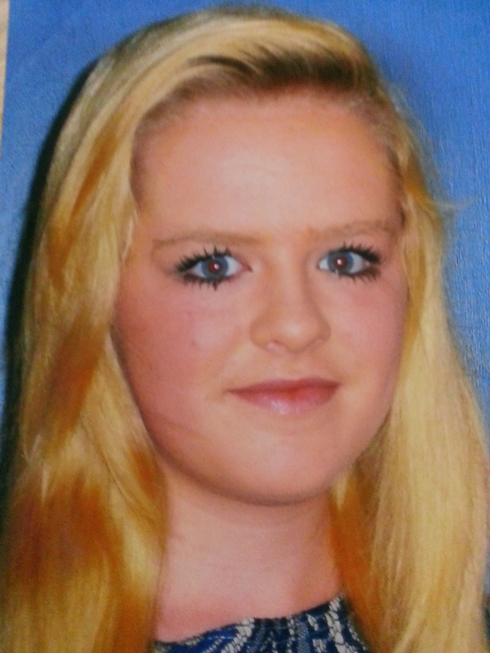 The 14-year-old, who also suffered serious injuries in the crash, got into the car to protect her, the court was told.

Young then drove at speeds of up to 80mph in a built-up area before filling the car up with petrol then driving off at speed without paying and without the lights on.

Young then overtook two cars on two blind bends before losing control of the vehicle and crashing into a telegraph pole and a wall, killing Payton instantaneously.

Judge Roger Hetherington said that Young ignored the pleas and screams of the two young passengers to slow down.

Sentencing him to a total of eight years' imprisonment, he said that the crash was an inevitable consequence of his driving.

"It is obvious to people who observed your driving throughout your journey that you were driving extremely dangerously at great speed and that a collision was almost inevitable.

"In a sense the word accident is a misnomer here as there was nothing accidental in what happened as it was almost bound to happen because of the way you were driving the car.''

The court heard that Young, who had never held a driving licence, had been convicted of several previous offences of driving while disquaified and without a licence.

"It was a pattern of reckless risk-taking, thrill-seeking behaviour and it was inevitable that a serious crash would one day result.''

As Young was taken down to the cells, Payton's mother Lisa Garner shouted at him: "Go and hang yourself Louie, you're a murderer, you killed my daughter.''

The girl's family said in a statement released through police:

"In our darkest hour we would like everyone to remember Payton how she was. A beautiful person, kind and forgiving in every aspect of life.

"Payton was the kind of girl that would help anyone if she could.

"Not only have her family and friends lost her, but this world has also lost a shining light that brought happiness to so many people along her short journey of life.

"We would like to take this time to thank family and friends for their support, and also the community of Leigh Park for all they have done.''

"After taking the vehicle without consent, Lewis Young set out on a path of action which was bound to end in disaster and, devastatingly, it did.

"Young showed a complete disregard for the law, his passengers and others on the road, and it caused the untimely death of a 16-year-old girl and serious injury to a 14-year-old boy.

"Payton had her whole life ahead of her and Lewis Young has robbed this from her and her family.

"There is never any excuse for driving like this or in this condition.

"Young has a total disregard for others, and no sentence could ever undo the damage he has caused to so many lives. Our thoughts are with Payton's family and friends.''