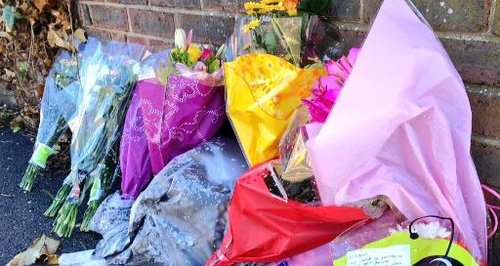 The mother of a teenager killed in a collision with a car outside her Hampshire home was able to kiss her daughter goodbye as she lay dead in the road.

Jasmine Allsop, 14, was killed in Gosport in the early hours of Sunday morning after having a girls' night in with her friend Olivia Lewry - who also died in the crash - and mother Rosemary.

The teenagers were in collision with a green Honda Civic which was being driven along Ann's Hill Road at around 4am.

Jasmine died at the scene and Olivia was taken to hospital where she died later.

Police have been given extra time to question a 20-year-old man from Gosport who was arrested on suspicion of the murder of the two youngsters.

Speaking from her terraced home yards from where Jasmine died, Ms Allsop, 37, said she had gone to bed when the incident happened and was woken by the emergency services.

"It was just all a blur,'' she said. "I cannot remember what happened. I had gone to bed. I didn't see anything. I just thought they (Jasmine and Olivia) were playing CDs and talking about boys and make-up.

"I went out and then a neighbour covered me in a blanket. I kissed her - it was four hours before they took her body away because I did not want to let her go.

"I told her she was my angel and I'd loved her since the day she was born. I can remember her big blue eyes staring.''

The housewife, who is the mother of a four-year-old, said the death has left her numb. "I'm empty inside and lost. I keep expecting her to come through the door.

"We had a girls' night in. Jasmine was straightening my hair and plucking my eyebrows and Olivia was here.

"Jasmine was a gorgeous, lovely, bubbly character. They (Jasmine and Olivia) were best friends.''

"I do not know how we are going to get through this. We have run out of words of comfort to say,'' the road worker from Thorne in South Yorkshire said.

"She was beautiful. The most beautiful, bubbly natured girl - outgoing and affectionate, very caring and bubbly.''