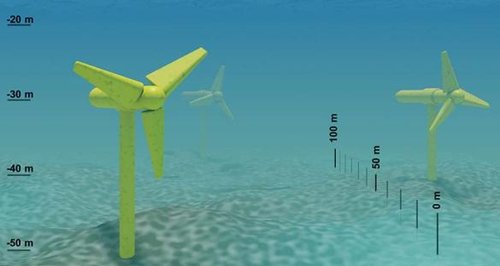 Plans are going on show later for a controversial Tidal Energy Centre off the south coast of the Isle of Wight.

They held a protest against the proposals last week.

People can speak to the developers at The Spyglass Inn between 2pm and 7.30pm today (Wednesday).

"Perpetuus Tidal Energy Centre is committed to consulting with local stakeholders and communities in advance of the planning application being submitted.

"Our aim is to establish a meaningful dialogue that will help to build a shared, full and accurate understanding of PTEC; this will also enable us to respond to people’s views.

"The exhibition boards that will be on display will be uploaded onto the website in due course. The exhibition will be a drop-in event and members of the development team will be on hand to answer questions about the proposals and to listen to people’s views.

"We are keen to find out what you think about PTEC, so there will be feedback forms available at the exhibition."