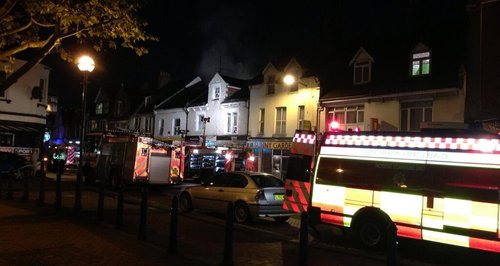 A man's been arrested on suspicion of arson, after a fire at a Chinese takeaway in Bognor Regis.

Police were called shortly before 5am on Thursday 12 September to smoke from the restaurant on Station Road.

No-one was in the property at the time and West Sussex Fire and Rescue had the fire under control by 5.15am. The fire is being treated as arson.

Station Road was closed for several hours and nearby homes were evacuated.

A 27-year-old man was arrested nearby on suspicion of arson with intent to endanger life. He remains in custody at this stage as investigations continue.

Thanks to Damian Hicklin (@ARM_DamianH) for the photo.