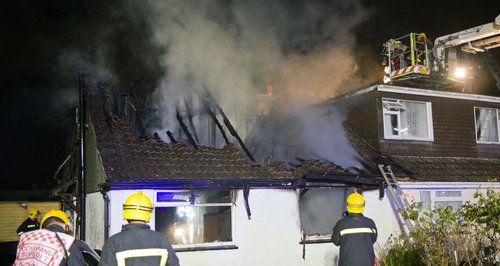 A man has died following a bungalow fire in Waterlooville.

Hampshire Fire and Rescue Service were called to the address in Haslar Crescent just before 3am this morning (Thursday 14 August).

Police and the fire service are conducting a joint investigation into the cause of the fire.

Officers are likely to remain at the scene for most of the day.

“Control operators were alerted to a fire in a house in Waterlooville in the early hours of this morning. Five fire appliances were deployed from Waterlooville, Cosham and Havant, along with an aerial ladder platform from Southsea and a special equipment unit from Cosham.

“Crews were met with arduous conditions and a fully developed fire. Firefighters entered the property wearing breathing apparatus and used jets and hose reels to extinguish the fire.

“Sadly, even though crews arrived promptly, and quickly tackled the severe fire, one adult male could not be saved. Our thoughts are with the deceased’s family at this difficult time.” 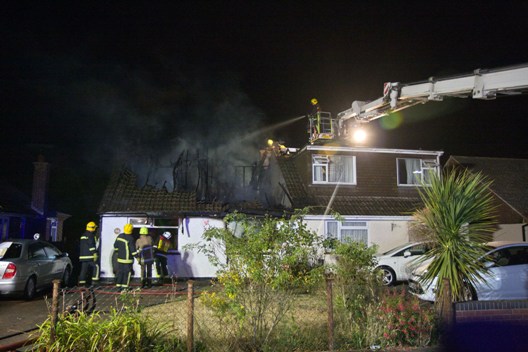 “We were called at 03:04 this morning to reports of a house fire on Haslar Crescent, Waterlooville.

“Sadly, one person was confirmed deceased at scene.”

Police say at this stage they are not in a position to confirm further details relating to the identity of the deceased man. Formal identification procedures have not yet taken place.

Safer Neighbourhoods officers will be conducting house to house enquiries in the area throughout the day.

Anyone with information which may assist the investigation should contact District CID at Havant police station on 101. Alternatively call Crimestoppers anonymously on 0800 555 111.