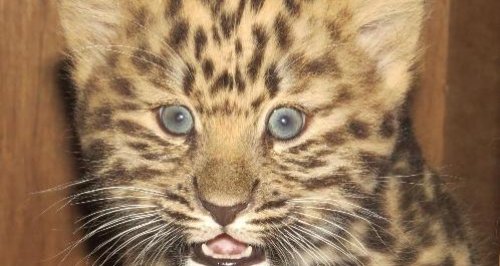 Visitors to Marwell near Winchester could get a first glimpse of the zoo's rare baby leopard this morning.

The 12-week-old Amur leopard cub's being allowed out of her den for the first time from 9am.

Born to mum, Kaia, and dad, Akin, the little leopard is an important addition to the European Endangered species breeding Programme.

It is estimated that there are as few as 30/35 Amur leopards left in the wild. This tiny population which survives today is under serious risk of extinction and maintaining a healthy captive population is crucial to the global conservation of the species.

"We are all looking forward to watching this youngster grow, develop and explore its new home at Marwell."

"This cub is an important addition to a successful breeding programme which has future plans for Amur leopard re-introductions into the wild."

Marwell's last Amur leopard cub was born in 2007 and was named Kiska. Kiska went on to Dortmund Zoo in 2009 to start a family of her own.