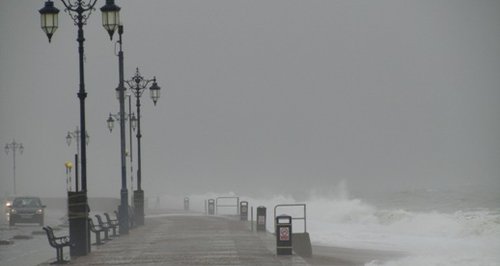 People in Portsmouth are being asked for their views on the future of Southsea seafront's coastal defences.

The defences need to be improved - to reduce the risk of flooding and erosion over the next 100 years.

But first, local people are being asked to have their say on options for the future. From now until 29 December they can take part in a consultation by the Eastern Solent Coastal Partnership, working on behalf of Portsmouth City Council.

Almost three miles of coastline, from the Royal Garrison Church to the Royal Marines Museum, are involved.
Defences along this stretch protect more than 4,000 homes, almost 400 business, many vital services (including 20 electricity sub-stations) and a wealth of historic sites.

Improved defences could also enhance the seafront, by doubling up as facilities like seating, and bringing opportunities for other improvements.

Residents can see the options for future defences and have their say by going to www.escp.org.uk and filling in a quick survey.

"How we continue to protect our coastline over the next 100 years is a crucial issue, and we need residents to get involved and tell us what they think. I really hope as many people as possible go online or pop into one of the drop-in sessions to see the proposals and have their say."

"We've developed a shortlist of different ways of protecting the seafront, and we're hoping residents will tell us which they prefer. We're looking forward to meeting people at our events. If they can't make it, they can just go online and complete our easy survey."

After the consultation, an option will be chosen and a bid made for government funding. If this is successful, work could start in 2016.