Portsmouth Bids To Feature On The New Pound Coin

The home city of the Royal Navy has launched a bid to be featured on the new 12-sided pound coin.

Portsmouth City Council has proposed a design featuring two key features of the Hampshire city - Nelson's flagship HMS Victory and the Spinnaker Tower, a viewing tower which overlooks the Solent created as a millennium project.

The local authority is entering its design into a public competition run by the Government to decide what will feature on the coin which will have the Queen's head on the other side.

Gerald Vernon-Jackson, the Liberal Democrat leader of the council, said: "I want Portsmouth to be first off the starting blocks for this competition. We'll push for a 'Pompey pound' with a design celebrating our city.

"HMS Victory is world-famous and symbolises our amazing heritage as the home of the Royal Navy, while the Spinnaker Tower has become an iconic modern image for the whole of the south of England.

"Portsmouth has played a pivotal role in the history of this country. With two huge new aircraft carriers soon to arrive, and all the new investment coming into the city, it's entering a new era. Its significance as a city should be recognised in this way.''

The new pound will be the most secure coin in circulation in the world and the Government expects to introduce it in 2017. 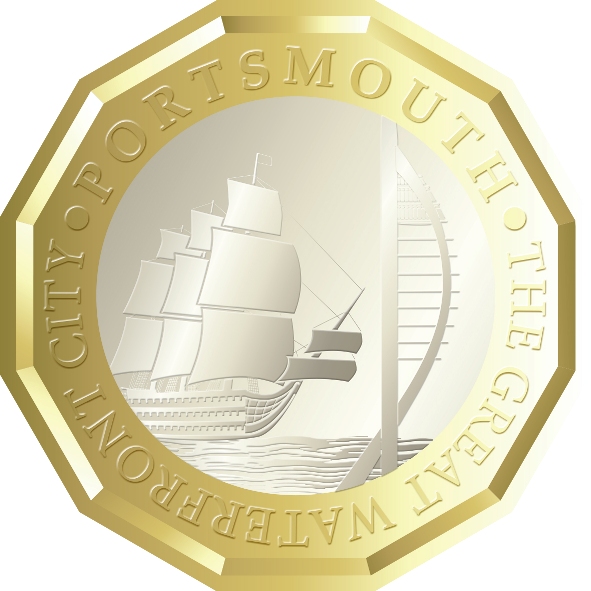