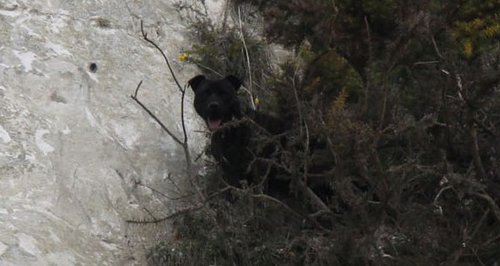 A pet dog has been rescued after becoming stuck 50 metres up a cliff face in Portsmouth.

Hampshire Fire and Rescue Service were called to Chalkpit Road, Paulsgrove, at 9.26am today after receiving a report that Tyler, a three-year-old Staffordshire bull terrier-cross had got into trouble.

Animal rescue specialist Busta Brown managed to reach Tyler and used a dog-catching pole around his neck to guide him down to safety.

A spokeswoman for the service said: "Tyler was recently rescued by his owners from an animal shelter where he was due to be put down. Tyler had another lucky escape after being rescued from the cliff face.

"Tyler's owners were thrilled to have Tyler back safe and sound and still can't figure out how he got up on the cliff face.'' 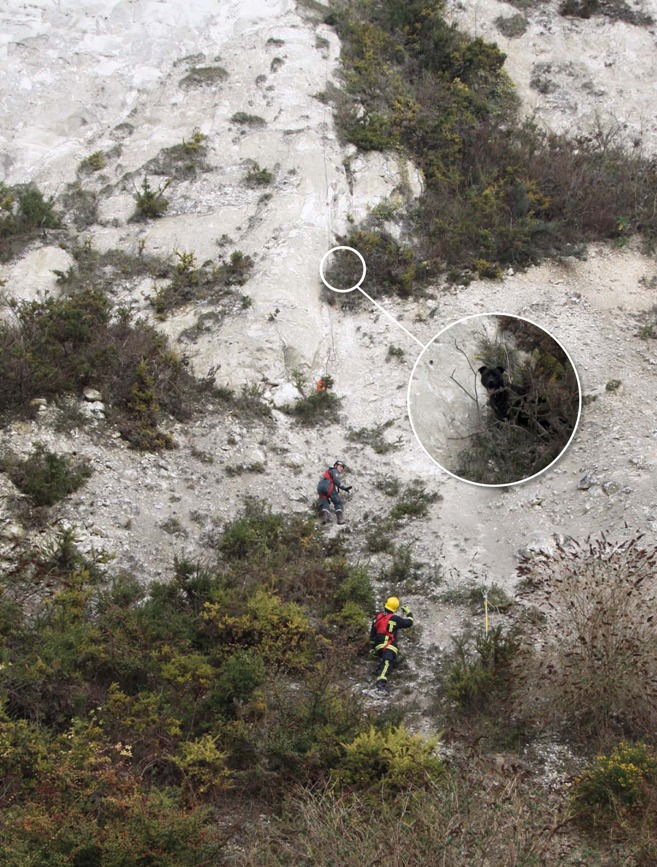