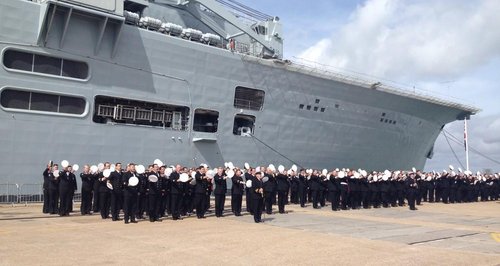 Hundreds of people turned out to honour the Royal Navy helicopter carrier HMS Illustrious as it retired following a 32-year career.

The ship's white ensign was lowered for the final time during a decommissioning ceremony marking the end of the last Navy Invincible-class aircraft carrier.

Lady Sarah Chatto, whose mother, the late Princess Margaret, launched "Lusty'' in 1978, was among the guests at Portsmouth Naval Base, Hampshire.

Fifteen of the ship's 17 former commanding officers also witnessed the final bow of Illustrious, which sailed more than 900,000 miles on operations worldwide.

Tom Hardcastle was christened on HMS Illustrious and both he and his father served on the ship. 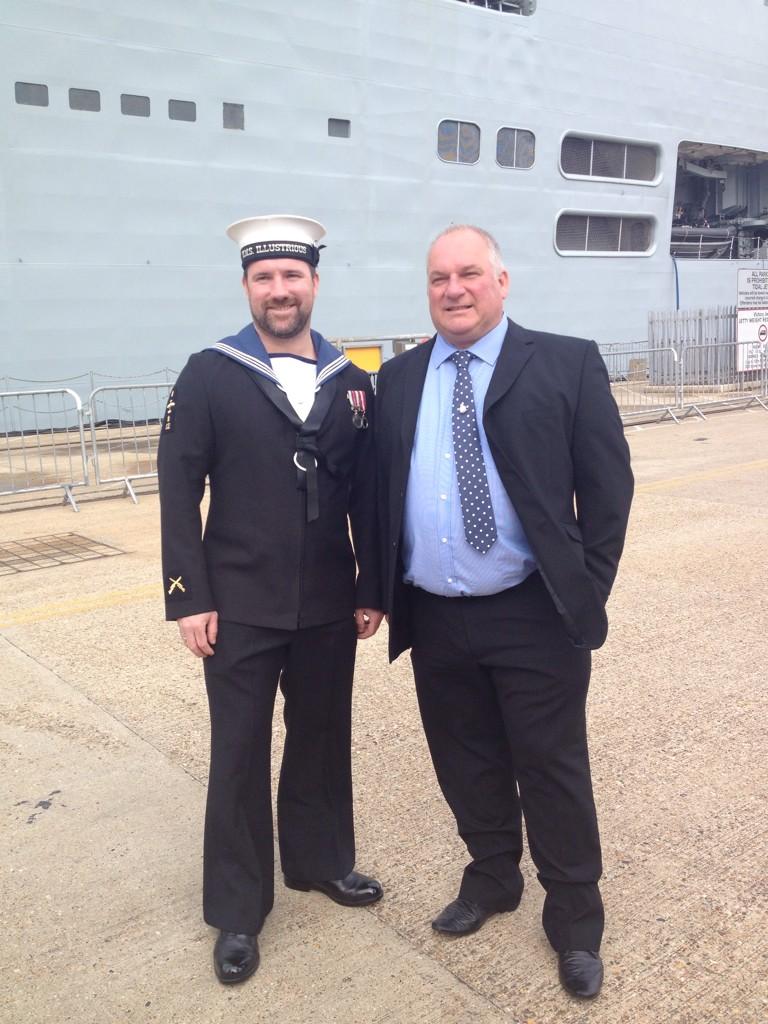 Captain Mike Utley, the 22,000-tonne ship's commanding officer, said they bade farewell with a mixture of ``sadness and pride''.

He said: "It has been a great honour to be the final commanding officer of HMS Illustrious. This is a symbolic day in the history of the Royal Navy as we lower the ensign for the final time on the Invincible class.''

Illustrious, which was rushed into service for the Falklands War, is being replaced as the nation's helicopter carrier by HMS Ocean, which has recently undergone a £65 million refit.

It will eventually be replaced by two new 65,000-tonne aircraft carriers - HMS Queen Elizabeth and HMS Prince of Wales.

Illustrious, which was built by Swan Hunter shipbuilders on the Tyne, had its entry into service brought forward so it could aid the Falklands War effort.

Its deployment was so rushed that its commissioning ceremony took place at sea en route to the Falklands on June 20 1982. It was formally commissioned on its return.

During the conflict, it relieved sister ship HMS Invincible in providing a floating airfield for aircraft unable to use the islands' damaged RAF base.

Illustrious then went on to support the forces in Afghanistan and served in the Bosnian and Sierra Leone conflicts, and also helped evacuate Britons during the Lebanon war in 2006.

In 2008 the carrier became the star of Channel 5's six-part documentary Warship, which followed its deployment to the Mediterranean, Africa, the Middle East and south-east Asia for a series of exercises and diplomatic visits to 20 ports.

And last year, Illustrious was involved in efforts to distribute relief in the wake of Typhoon Haiyan in the Philippines, which claimed more than 6,000 lives.

Following the retirement of the Harrier aircraft in 2010, Illustrious went on to serve as one of the navy's two helicopter carriers, the other being Plymouth-based HMS Ocean.

The Ministry of Defence is looking to preserve Illustrious, with bids from private companies, charities and trusts to secure its future currently being considered.

One proposal is for it to become a tourist attraction in Hull. Wherever it ends up, it will be a condition of sale that Illustrious remains in the UK, the Navy said.