Portsmouth: Man Fined For Pretending To Be Ghost In Cemetery 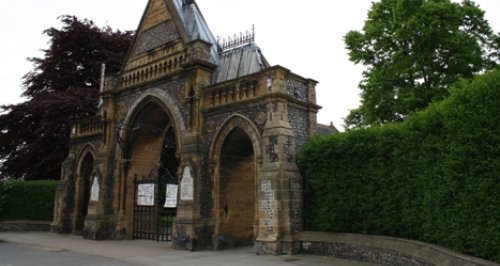 A man has been fined for pretending to be a ghost and other rowdy behaviour in a Portsmouth cemetery, according to police.

Anthony Stallard pleaded guilty at Portsmouth Magistrates' Court to using threatening or abusive words or behaviour likely to cause distress.

The court heard that the 24-year-old had been out drinking with friends when they went to Kingston Cemetery in Portsmouth where they started to play football.

A Hampshire police spokesman said that witnesses complained to police of Stallard using rowdy behaviour and pretending to be a ghost.

He said: "The witnesses reported the group engaging in rowdy behaviour and one of them throwing their arms in the air and saying 'woooooo'.''

Stallard, of Alverstone Road, Southsea, was fined £35 and ordered to pay a £20 victim surcharge and £20 in costs.

He was also given an extra three months added to a conditional charge for a previous charge of harassment which he was found to be in breach of, according to a Crown Prosecution Service (CPS) spokeswoman.

A charge of causing criminal damage to the gravestones against Stallard was dismissed.