An artist from Portsmouth has set a new world record by sailing a giant pumpkin from Gosport to The Isle of Wight.

Dmitri Galitzine made the crossing in under two hours on Thursday 24th October. It was part of his latest art project and he says he got the idea from Nova Scotia in Canada, where an annual pumpkin boat race takes place on a lake. 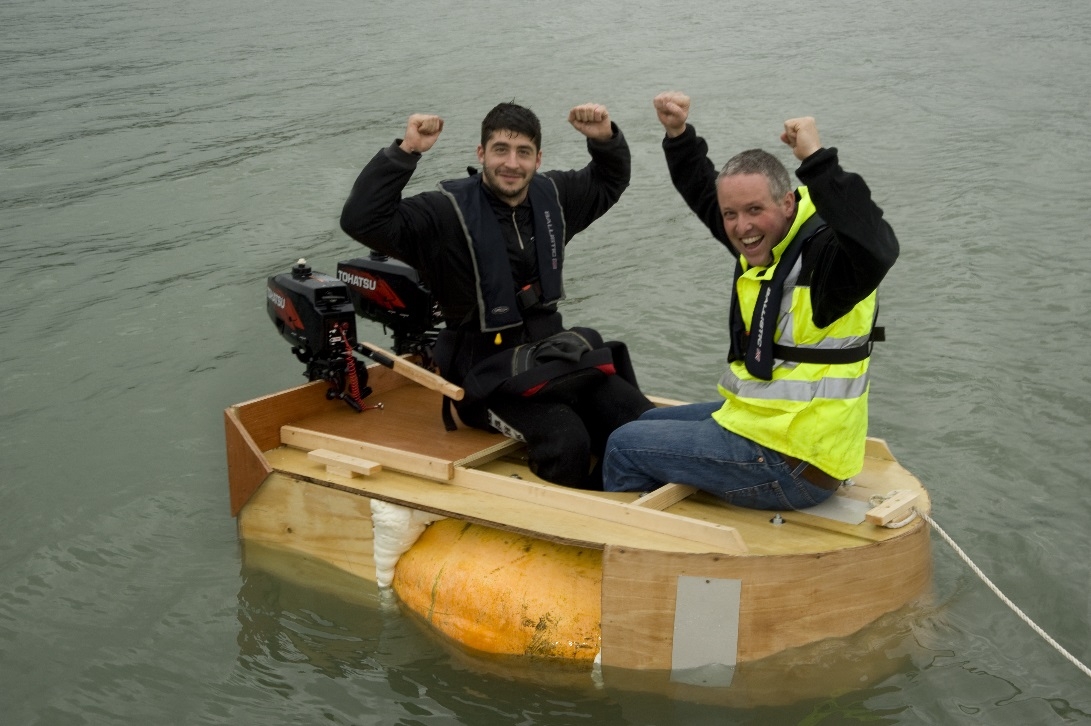 Galitzine sat inside the 800lb vegetable and travelled several miles across one of the busiest shipping channels in the world. The pumpkin was fitted with a small outboard motor and travelled at a speed of about 1 or 2 knots.

Before the crossing, Dmitri said:

"Giant pumpkins are naturally buoyant and have a thick waterproof exterior. They are round in shape like Welsh coracles, which were an effective vessel in fast flowing rivers. My biggest challenge are the strong tides across the Solent."

The prize winning pumpkin, weighing almost half a ton, has been grown by Mark O'Hanlon, winner of the UK's Heaviest Pumpkin, 2004. That title has now been overtaken by a Dorset farmer. 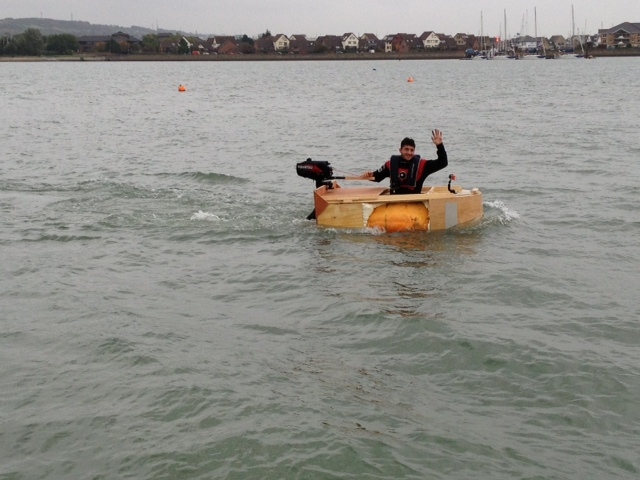 "We think that it's a fantastic achievement and we couldn't have done it without all of the team here at Trafalgar Wharf who have gone to great lengths to make this happen with some early morning starts, and a few late nights!"

"If anyone else has got a giant vegetable, or even a giant piece of fruit, and who wants some help to get across the Solent, we'd love to hear from you."