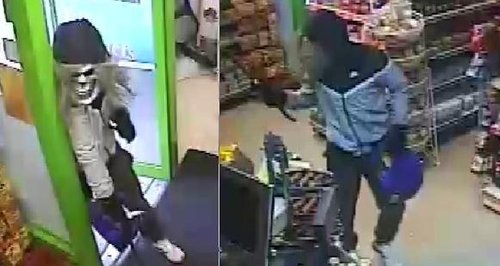 Police in Havant are looking for a man, who tried to rob a shop while wearing a skeleton Halloween mask.

A 34-year-old woman working at Best One at Stone Square, reported that she was threatened by a masked man with a stick shortly after 9.45am on Monday 25 August.

He demanded cash, however nothing was taken and no-one was hurt. He ran from the convenience store when another member of staff came to the woman’s assistance.

The man was last seen heading down a nearby alleyway on a bicycle.

The victim described the man as:

Anyone with any information is asked to contact DC Ann Keir at Havant police station on 101 quoting 44140307639 or via the website http://www.hampshire.police.uk/internet/do-it-online/online-forms/message-for-officer.html