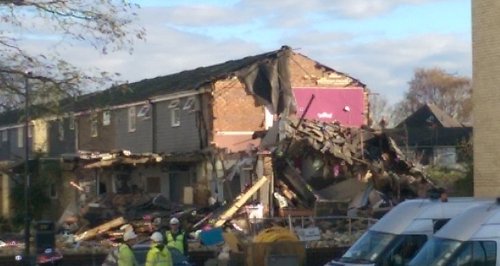 A man who pulled a four-year-old girl and her father from the rubble of their Sputhampton home after it was destroyed in a gas explosion has said they were lucky to be alive.

The 36-year-old man and his daughter were helped from the remains of the property following the ``loud explosion'' which happened at 1.30am at the property in Howards Grove, Shirley, Southampton. 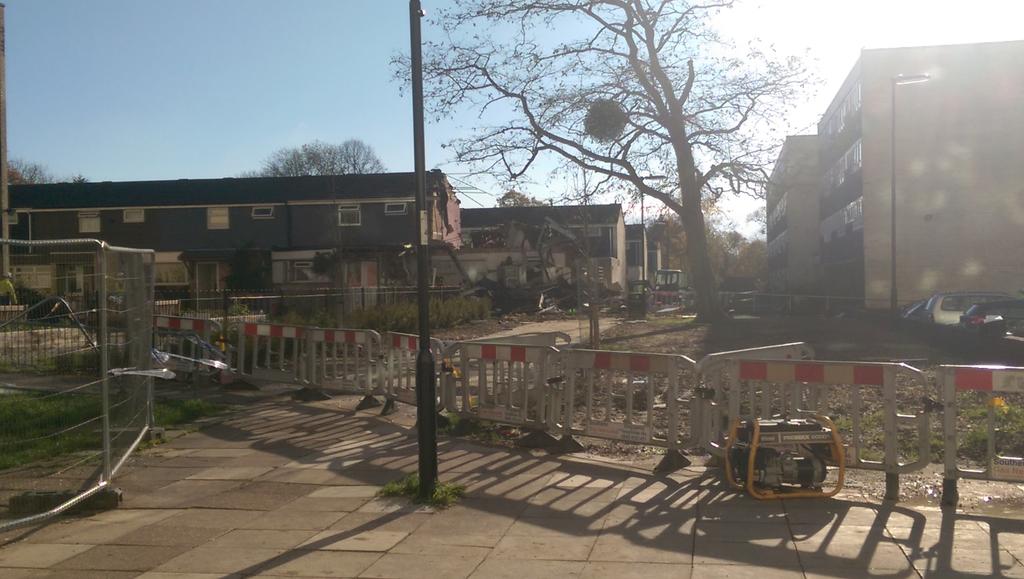 Wesley Flood, who lives nearby, described how he had fallen asleep on his sofa after returning from work when he heard the explosion.

The 31-year-old said: ``My partner had just woken me up when there was a massive bang. I grabbed my torch as I used to work for the ambulance service and I went down there.

``There was a little girl sitting on the railings so I picked her up and carried her away. We went back and the father was behind the wall, his knees touching his chin, he was curled up.

``I managed to haul him out and we took him where his daughter was and we waited for the ambulance.''

The former ambulance technician who now works as a home delivery driver added: ``They were shook up. They had cuts and bruises and the dad had lower back pain.

``The kid was shocked, she was crying on and off from the shock of it all. They were lucky to be alive.

``I didn't know what to think when I heard the bang, I thought at first it might have been a car accident.''

The father has been named locally as Jay Sabanal and his wife, Liberty, is understood to have been working at a local hospital at the time of the explosion.

Next door neighbour Kevin Cook said the explosion had caused major damage to his home.

He said: ``I was fast asleep in bed, there was a massive great bang and I couldn't believe what I saw.

``I saw brick rubble all over the conservatory, the doors were all blown off, the big patio doors all blown off, the TV was over on its face, everything just crashed - it's like the house has had a great big shake. The walls are all done in.

``As I went to the front door, the toilet's all gone, that's all just rubble.

``I was concerned for next door but, to be honest, I didn't think they would have made it, but they have. It's unbelievable.'' 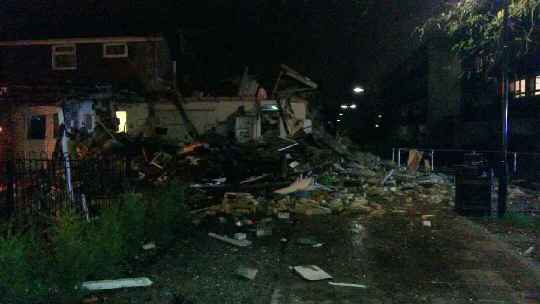 The fire service spokesman said that it received about a dozen calls alerting it to the incident.

He said: ``Crews from St Mary's and Redbridge arrived to find the two-storey, end-of-terrace property completely collapsed but with the residents thankfully safely out.

``The father and daughter were taken to hospital as a precaution but are not thought to have been seriously injured.''

Station manager Steve Buchanan-Lee said: ``The fact both of them escaped relatively unharmed is nothing short of a miracle.

``The explosion appears to have been caused by gas and reduced the whole property to rubble.''

The other houses in the terrace were evacuated as a precaution as the crews, assisted by HFRS' Urban Search and Rescue team who worked to ensure there was no further collapse of the building.

Engineers from the gas board and Southampton City Council were also called to further investigate the cause of the explosion.