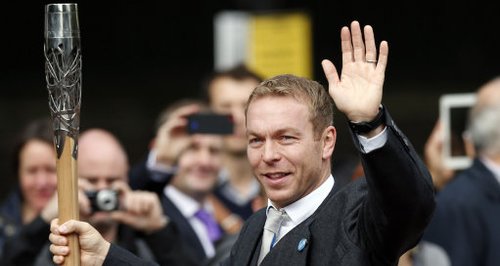 The Queen's Baton Relay will come to Southampton on Wednesday 4 June during its two week journey across England, drumming up support for Team England and celebrating sport as it goes.

The Baton is set to visit the city on its journey across England as it marks the run up to the Commonwealth Games which start in Glasgow on July 23.

The baton will spend the day in Southampton and will visit a number of locations across the city to celebrate the Commonwealth Games and promote participation in sport. The day will culminate in a spectacular event in Guildhall Square

"We're thrilled that our bid was successful and we'll be welcoming the Queen's Baton on the 4th of June in this our 50th year of city status. We are working with Cunard, Active Nation and Solent University and, although we can't share the details of what we have planned for the day just yet, I can say that there's going to be some spectacular sights.

"Get the date in your diary now! Southampton has some excellent sporting facilities and world class sporting heritage and I know that the city is going to really get behind Team England during the Commonwealth Games."

"Southampton has a huge sporting tradition and I know that public here will support the English athletes at the Games in July.

"The QBR is a great chance to both send your backing to the Team in Glasgow and have a go at some of the sports that will be available at QBR events."

The Queen's Baton Relay is the traditional curtain-raiser to the (twentieth) XX Commonwealth Games.

By the time of its arrival in England the baton will have visited 68 nations and territories and covered almost a third of the world's population. The baton contains a message from the Queen to the Commonwealth that will be read out at the Opening Ceremony of the Glasgow Games.

The Queen's Baton Relay in England is supported with National Lottery funding from Sport England.

Its visit to England is the last international leg of the relay before the baton enters Scotland. Each English city or local authority area hosting a day with the baton will organise a series of events, many of which will be open to the public, to celebrate sport and rouse support for the team.

At each event, there will be a small number of batonbearers, specially chosen for their contribution to sport in the local community. More information about the Batonbearers at each event will be announced in the Spring.

On its journey across England the baton will visit Manchester on Saturday May 31, travel to Cheshire (Congleton) before making its way to Sheffield (June 1), Birmingham (June 2), Plymouth and Bristol (June 3), Southampton (June 4), Tonbridge in Kent (June 5), Oxford (June 6), before travelling to London.

The baton will be in London over the weekend of (June 7 and 8) before moving to Suffolk (June 9) starting in Lowestoft.

The baton will then go to Newcastle Gateshead (June 13) and on the same day to its final event at Alnwick Castle, in Northumberland.