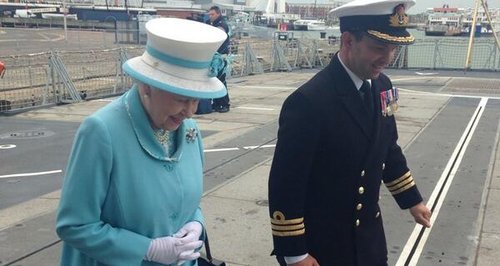 Her Majesty was at the naval base this afternoon in her role as the sponsor of HMS Lancaster.

The Queen has met the crew of a Royal Navy frigate which she launched 24 years ago.

She was given a tour of HMS Lancaster, known as the "Queen's Frigate" while it was alongside at Portsmouth Naval Base, Hampshire.

The Queen officially launched the ship on May 24, 1990, and in her capacity as the Duke of Lancaster she is the ship's sponsor and most recently visited it in 2004 and again in 2006. 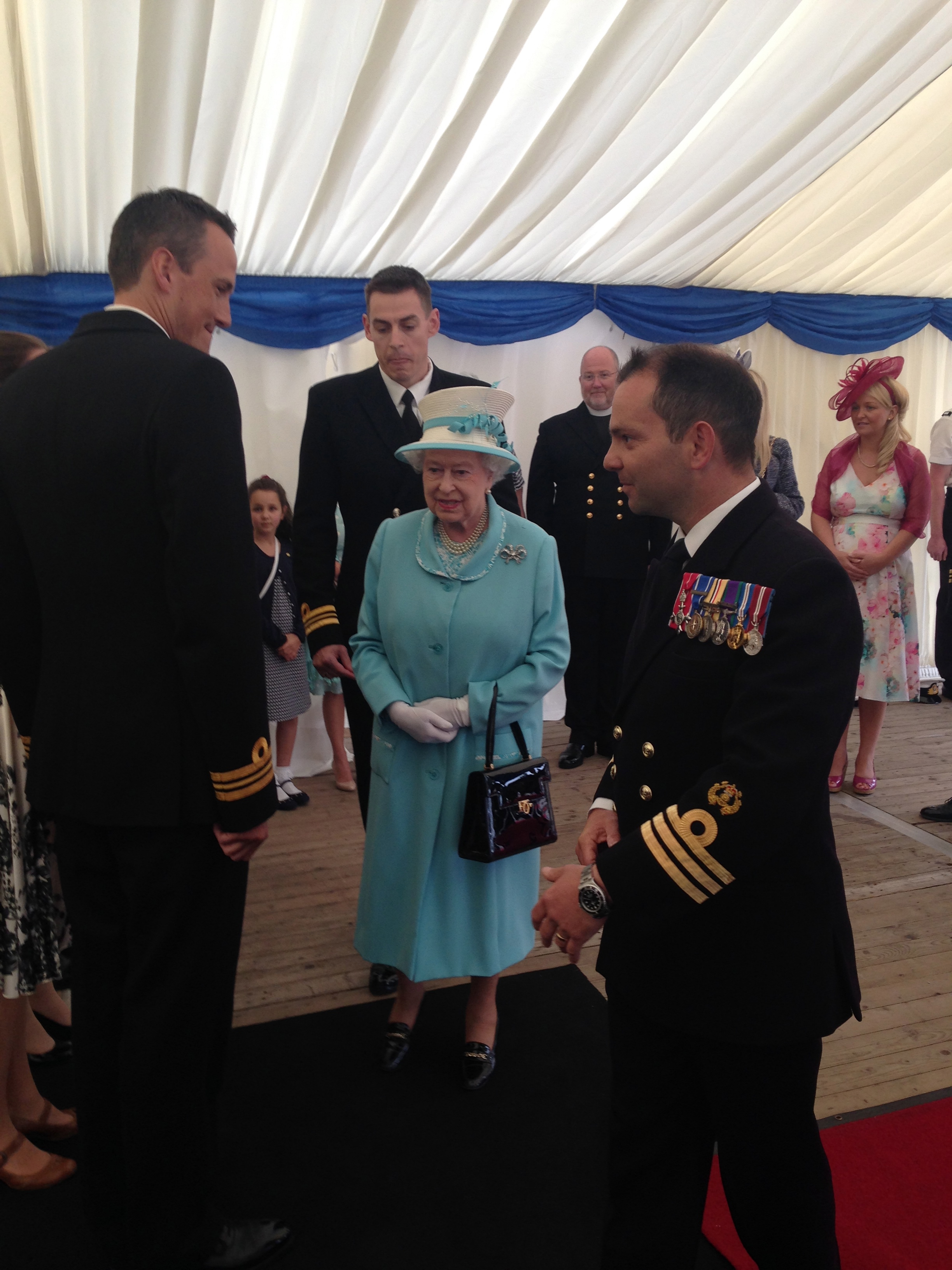 Wearing a sky blue Karl Ludwig dress with a white Angela Kelly hat, the Queen was greeted by the naval base commander Commodore Jeremy Rigby before she received a royal salute, and the national anthem was played.

She then inspected a guard of honour before she met members of the crew and their families at a reception. Able seaman (AB) Andrew Warry, 19, from Portsmouth, said:

"I feel really privileged, it's nice to see it's getting noticed, that it's not just a job, it's a career and you feel a part of something."

AB David Yates, 26, of Falkirk, Scotland, said the Queen asked him about his role as a warfare specialist on board HMS Lancaster. He said:

"I told her we were responsible for maritime security and radar collision.

"It's good to see the sponsor of the ship, it keeps morale high, it's good publicity for the Royal Navy."

The Queen was then piped on board the ship and attended a private luncheon where she met a selection of the crew before she posed for a group photo with the ship's company before disembarking. Commander Peter Laughton, the ship's commanding officer, said:

"We are honoured with a visit from our Lady Sponsor, Her Majesty the Queen, who launched the ship in 1990. It provides us with an excellent opportunity to update Her Majesty on HMS Lancaster's recent activities including our successful counter-narcotics deployment in the North Atlantic and Caribbean.

"Throughout this, Lancaster remained poised to respond to any natural disaster and ready to provide life saving support. I am extremely proud of my ship's company who worked tirelessly over a seven month period on the front line of naval operations and ultimately protecting our nation's interests."

From May to December 2013, HMS Lancaster clocked up more than 30,000 miles in the North Atlantic and Caribbean, making a total of 20 port visits. During the deployment, Lancaster was involved in six drugs busts seizing drugs, including 1.2 tonnes of cocaine and nearly 1.5 tonnes of cannabis, that would be worth £160 million on the streets of the UK. Lancaster also detained 23 drug-runners and disrupted a sizeable amount of drugs which were ditched into the sea. Lancaster's weapon engineer officer Lieutenant Commander Adrian Gubby said:

"Lancaster has the privilege of being The Queen's frigate. Seven months was a long time to be away from friends and family, however the success of the deployment made the time away worth it."