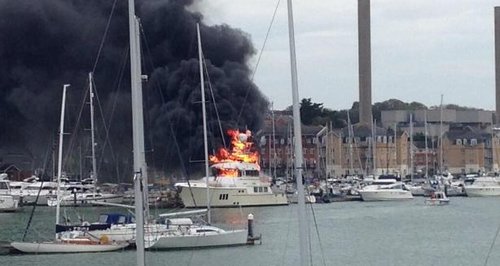 Firecrews on the Isle of Wight have been dealing with a large fire on a multi-million pound yacht in Cowes.

Over 30 fire fighters have been tackling the blaze at East Cowes Marina on the River Medina which was reported just after 1pm on Tuesday 5 November 2013.

"Although we have now brought the fire under control, it remains a complex incident and we anticipate being on site for some time.

"We are working with a number of partner agencies, including the Environment Agency which is managing the environmental impact of the fire.

"We advise residents to keep windows and doors closed because of the smoke and request that people stay away from the scene while we continue to deal with the incident."

It's believed the yacht was up for sale for up to 5 million pounds. 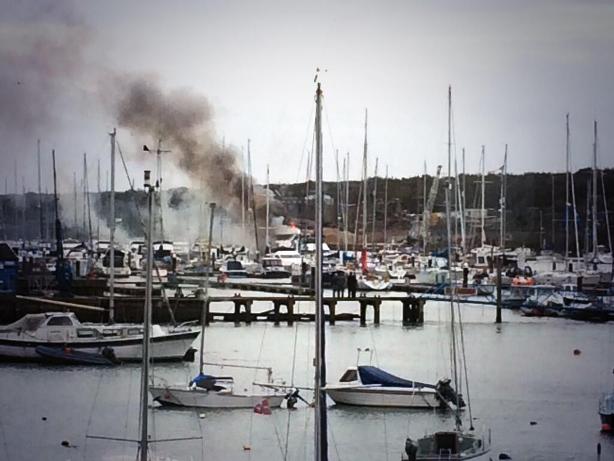 Thanks to @harrisonf79 and @Shortymks via Twitter for the photos.