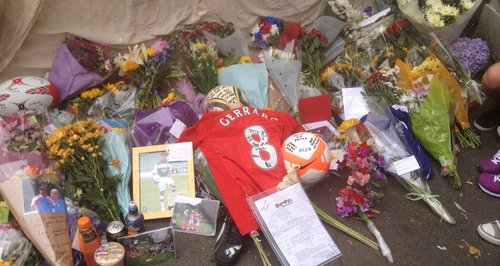 A murder inquiry has been launched after the death of a 17-year-old boy following an altercation at a taxi rank.

A 42-year old man has been arrested on suspicion of murder after the death of a 17-year old in Kingsbridge.

Devon and Cornwall Police think Alex Pegreuro Sosa was attacked with a glass bottle in the early hours of Sunday morning.

They've also arrested a 22 year old man on suspicion of assisting an offender.

Officers and ambulance crews were called to Prince of Wales Road in Kingsbridge at 2.20am following reports that the teenager had been injured.

Members of the public had performed CPR before paramedics arrived, but the teenager was later pronounced dead at Derriford Hospital in Plymouth.

The suspect, who is also from the Kingsbridge area, was located by police in Fore Street in the town at 9.40am and arrested on suspicion of murder.

He remains in custody at Torquay police station.

Police are appealing for witnesses to the incident to come forward and can be contacted on 101.