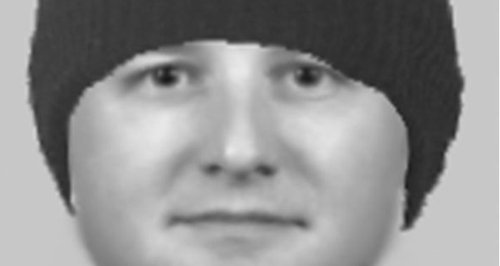 Police have released an E-Fit of a man they are seeking in connection with public decency offences in Newton Abbot.

Officers are investigating two incidents where the man has exposed himself to women and carried out an act of public indecency.

Both offences happened in Brunel Road within a week of each other.

In the first incident, at around 5.45pm on Wednesday 17th December, a woman was walking along the road when she saw a man in the grounds of Forde House exposing himself. As she walked by he made a comment to her, but she continued on walking.

On Monday 22 December around 4.15pm, another woman saw a man close to the over bridge by the industrial estate exposing himself.

Police are linking the two offences and seeking a white man, aged mid to late 20s. On both occasions he was wearing black woolly hat or beanie hat and a dark zip-up jacket/hoody.

A police spokesman said: “Police are keen to identify and trace the man pictured in this E-Fit. Anyone with any information as to whom this man may be is urged to contact police.”