A14 Toll Road: Plan To Be Scrapped? 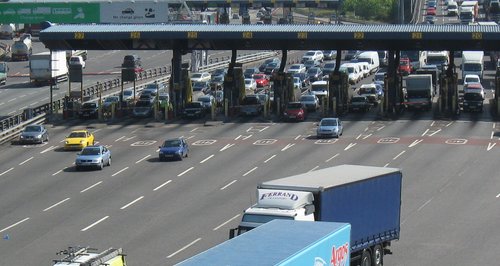 There are reports the Government is planning to shelve a plan to turn part of the A14 into a toll road after Suffolk protests.

Improvements to the A14 will instead be paid for by the Government, according to the Financial Times ahead of the Chancellor's Autumn Statement.

The proposed toll is part of a scheme to widen and improve a heavily congested 25-mile stretch in East Anglia which carries traffic from the port of Felixstowe in Suffolk and into the Midlands.

Prime Minister David Cameron said last week that he 'understood' strong opposition of MPs and councils to the proposal to charge motorists.

And the newspaper said Treasury Chief Secretary Danny Alexander will announce the #1.5 billion project would go ahead with taxpayer funding.

The Treasury declined to comment on speculation about the contents of the Chancellor's Autumn Statement on Thursday.

A consultation suggested drivers could be charged between £1 and £1.50 - which would have been the first new toll route in the UK since a 27-mile stretch of the M6 between Birmingham and Wolverhampton opened in 2003.

'I am well aware of the strong feelings in Suffolk about this issue and I have been approached about it by many Members of Parliament,' he said.

'I believe that road tolls can play an important part in providing new road capacity and it is important that we find ways to pay for road capacity, but I also understand the concerns about this individual case.'