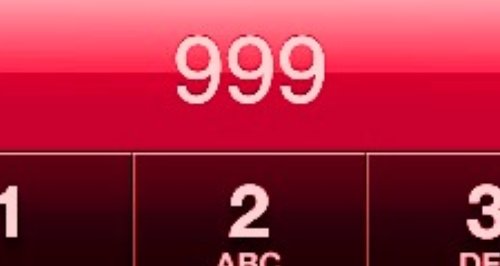 The East of England Ambulance service say they saw another increase in call outs this Christmas Day.

It was another busy Christmas for the region’s ambulance service, with more than 2,700 emergency calls on Christmas Day.

However, the public are being thanked for helping to contribute to a decrease of about 360 calls over the three days of the Christmas period compared to 2012. The service took 7,813 calls between Christmas Eve and Boxing Day and 1,241 patients were taken to hospital on Christmas Day.

Calls typically ranged from chest pains, illnesses and falls to choking, assaults and births. Only around 30% of patients we attend are in a life-threatened condition, including cardiac arrest, suspected stroke, or serious wounds.

The clinical support desks in the service’s control rooms handled 875 calls for lower acuity patients which can often mean a patient can remain at home and not need ambulance attendance, and community first responders volunteers, who are dispatched to life-threatening emergencies, attended 188 patients and put in thousands of hours of their own time.

Rob Ashford, Acting Director of Service Delivery, said: “Whilst it’s encouraging we’ve seen a slight decrease in the number of calls compared to the same period last year, we’re still seeing an increase each Christmas Day. Our staff are working as hard as ever over the period and I’m proud of all those who have been carrying out lifesaving work for the Trust over the past few days. From our call handlers, to the crews out on the roads, and everyone else - I’d like to say a huge thank you to them all.

“We will continue to be under pressure over the weekend and into next week, with New Year’s Eve and New Year’s Day typically being our busiest days of the year. So we’re urging members of the public to familiarise themselves with the winter health advice on our website, and to think twice before calling 999 about other options that may be available. 111 is a very useful resource in case you’re unsure about what to do and want to know what health services are available to you over the break.”