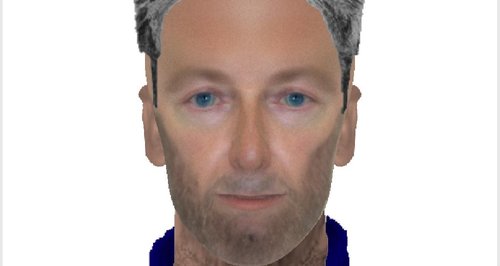 Police have released an e-fit of a person they want to trace in relation to an incident in Eye, where a man tried to grab a girl.

It happened in Ash Drive at approximately 9am on Tuesday 8 October.

The girl was walking through the footpath from Ash Drive to Wellington Road when she heard a male voice from behind ask if she wanted a lift?

The girl replied ‘no thanks’ but the man then shouted verbal abuse.

He grabbed her arm and scratched her across the face causing a small mark. The girl ran off.

The offender is described as a white man and appeared to be of Eastern European appearance, approximately 5’8” tall, had dark coloured hair, facial stubble, was of a stocky build, and was wearing a navy coloured tracksuit top, jogging bottoms and trainers.

Anyone who recognises the person in the e-fit or has any information relating to this crime should contact Suffolk Police on 101 quoting ST/13/2910 or Crimestoppers anonymously on 0800 555111.