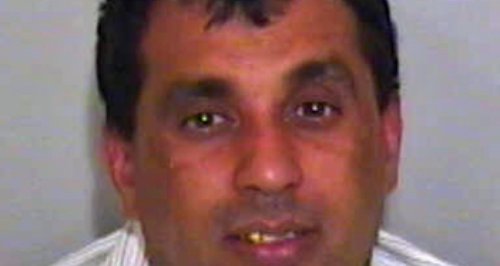 A taxi driver who tried to smuggle 3.6 million cigarettes through the port of Felixstowe has been jailed for five years.

He tried to bring the counterfeit cigarettes into the UK concealed behind pallets of loose slate, that would have evaded around £925,000 in excise duty and VAT.

Baljinder Singh from Gillingham in Kent was caught transferring cigarettes from a sea container into two vans at an industrial unit in Tilbury, Essex. The Metropolitan Police, who were carrying out a surveillance operation, detained Singh and the cigarettes.

“If this illegal operation had not been stopped millions of potentially dangerous counterfeit cigarettes would have reached the UK’s streets. Criminals involved in this type of crime don’t care who they harm; they are only out to make a profit. Their illegal activity undermines honest local retailers and allows unregulated cigarettes to get into the hands of children and young people.

“You can report anyone you suspect may be selling illegal tobacco goods by calling our 24 hour Customs Hotline on 0800 59 5000.”

Baljinder Singh was found guilty on 17 May 2013 after a six week trial. He was jailed for five years yesterday afternoon at Ipswich Crown Court.

“This was a sophisticated smuggling operation and you were involved well before the cigarettes arrived in the country.”

He also commented that Singh was a “senior figure in the importation…essential to the fraud and responsible for the distribution of the cigarettes”.

The counterfeit cigarettes arrived from China into the Port of Felixstowe, Suffolk, in May 2011. Import documents described the goods as 26 pallets of loose slate, with a delivery address in Ipswich. Investigators found that an innocent company’s details had been used as a cover for the load, but instead of being delivered to Ipswich the pallets were diverted to an industrial unit in Tilbury.