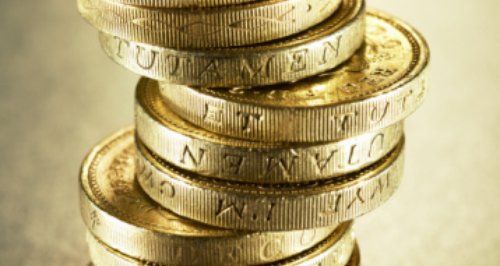 New cheaper bus fares and parking charges are going to be tried in Ipswich to get more people into town.

The 'Quids In' campaign has brought together Ipswich Borough Council, Ipswich Central, Suffolk County Council, car park operator NCP and Ipswich Buses with a simple message: 'It’s cheaper to get here by car and by bus!'

The campaign, which came after discussions with retailers, will run Mondays to Fridays from 2nd September to 15th November and will see:

All the fares are available Mondays to Fridays only during the trial period and have been devised to boost retailers and other businesses.

Town centre business company Ipswich Central is a major partner in the “we’re backing Ipswich” campaign and is co-ordinating the scheme through its allaboutipswich.com website. Quids In is designed to show that a buoyant Ipswich economy is good for the rest of the county.

Paul Clement, Chief Executive of Ipswich Central commented: “Our role has been to highlight the urgent need from businesses to see the whole town coordinate a campaign aimed at countering once and for all the perception that Ipswich is an expensive place to travel to. The outcome is fantastic. We could not have done this without the participatingorganisations whose response has been marvellous. Ipswich town centre can finally send a strong joined-up message to its visitors - we are changing, we are open for business, we want you to come in and enjoy our town centre.”

Councillor David Ellesmere, the Leader of Ipswich Borough Council, said: "We have slashed our car park prices again to boost town centre businesses. This trial offermeans you can come into town after 3pm, go shopping, have a meal and perhaps go to the theatre all for £1. The ‘Quids In’ campaign we have put together with our partners shows that Ipswich offers great value for people from all overSuffolk and north Essex."

NCP business manager Mark Kraft commented: “We’re delighted to be working together to help drive people into Ipswich town centre.  It is vital to NCP that we support the local businesses by offering relevant parking deals for the people who will really benefit fromit. We hope everyone gets behind this campaign and enjoys parking and shopping locally.”

Councillor Graham Newman, Suffolk County Council's cabinet member for roads and transport, said: "We're keen to encourage more people to use our park and ride services so signing up to the Quids In campaign is a great way to do this. Passengers parking at either of our sites are able to avoid delays and catch a bus into the centre of town every 10 minutes. I hope this trial will help boost the number of shoppers coming into and using Ipswich."

Ipswich Buses MD Malcolm Robson added: “We want to bring more people into town and this offer for town services is a very attractive one. Hopefully, these savings for passengers can help to provide a boost for town centre businesses, both retail and leisure.”