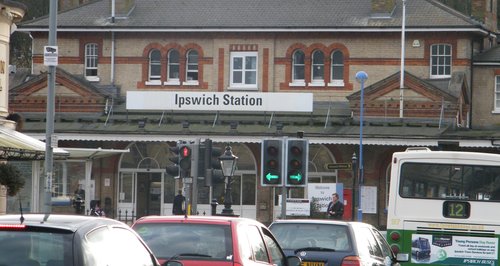 After rail services were brought to a standstill on Friday by a man on Ipswich station roof, a man has been charged by police

A man wearing just a pair of shorts was seen in the roof after 8am on Friday morning, which meant all services through the station had to be cancelled for safety reasons.

It took British Transport Police around 7 hours to talk the man down.

“I can confirm that a man has been charged following an incident at Ipswich station on Friday, 19 July.

“Mantas Badauskas (25) of no fixed abode has been charged with obstruction without intent.

“He has been remanded in police custody and will next appear at Ipswich Magistrates’ Court on Tuesday, 23 July.”