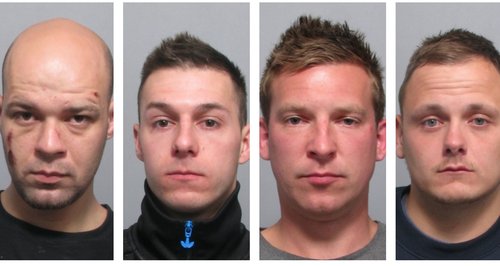 Four men from Ipswich have been sentenced for the robbery of a serving soldier in Ipswich.

A 21-year-old man was robbed and assaulted in Queens Way on Thursday 6 June 2013.  The victim travelled with the offenders to the location via taxi and upon exiting was robbed of his mobile phone and wallet, before being knocked unconscious by the group.

Adam Poulter, aged 26, of no fixed abode but from the Ipswich area was sentenced to three years and 9 months after pleading not guilty, but being found guilty of robbery following a trial.

Jerran Hart, aged 22, of Ravenswood Avenue was sentenced to three years and 6 months after pleading not guilty, but being found guilty of robbery following a trial.

Matthew Kersey, aged 30, of Campbell Road was sentenced to 32 months after pleading guilty to robbery.

Jamie Duncan, aged 23, of Damselfly Road was sentenced to 30 months after pleading guilty to robbery.

Mitchell Ambrose, aged 20, of Huckleberry Crescent has pleaded guilty to robbery and is due to be sentenced at a later date. 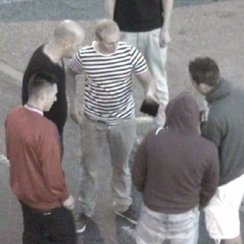 Detective Inspector Eamonn Bridger from Ipswich CID said: “The victim had travelled to the Queens Way area with the offenders, whom he had made ‘friends’ with during the evening.  Once the taxi driver dropped them off, the victim was set upon by the five men.

“This was a particularly nasty un-provoked attack on the victim, a serving soldier on leave, who co-operated with the offenders and handed over his property.  They still felt the need to surround him and assault him, causing him to fall to the ground unconscious.  They then continued the assault whilst he lay vulnerable on the floor.

"Robbery remains one of our key priorities and I would like to warn offenders that this type of criminal activity will not be tolerated and you will be brought to justice for your actions."