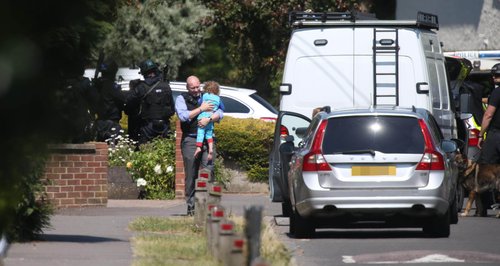 The 38-year-old man, was Tasered by armed officers before being detained at the property in Morton Avenue on Tuesday 9th July 2013, Thames Valley Police said.

Officers were called the scene at about 3.40am this morning after receiving a call from a woman, who managed to flee the property.

Local Policing Area commander, Supt Christian Bunt, said there was no indication the children had been harmed.